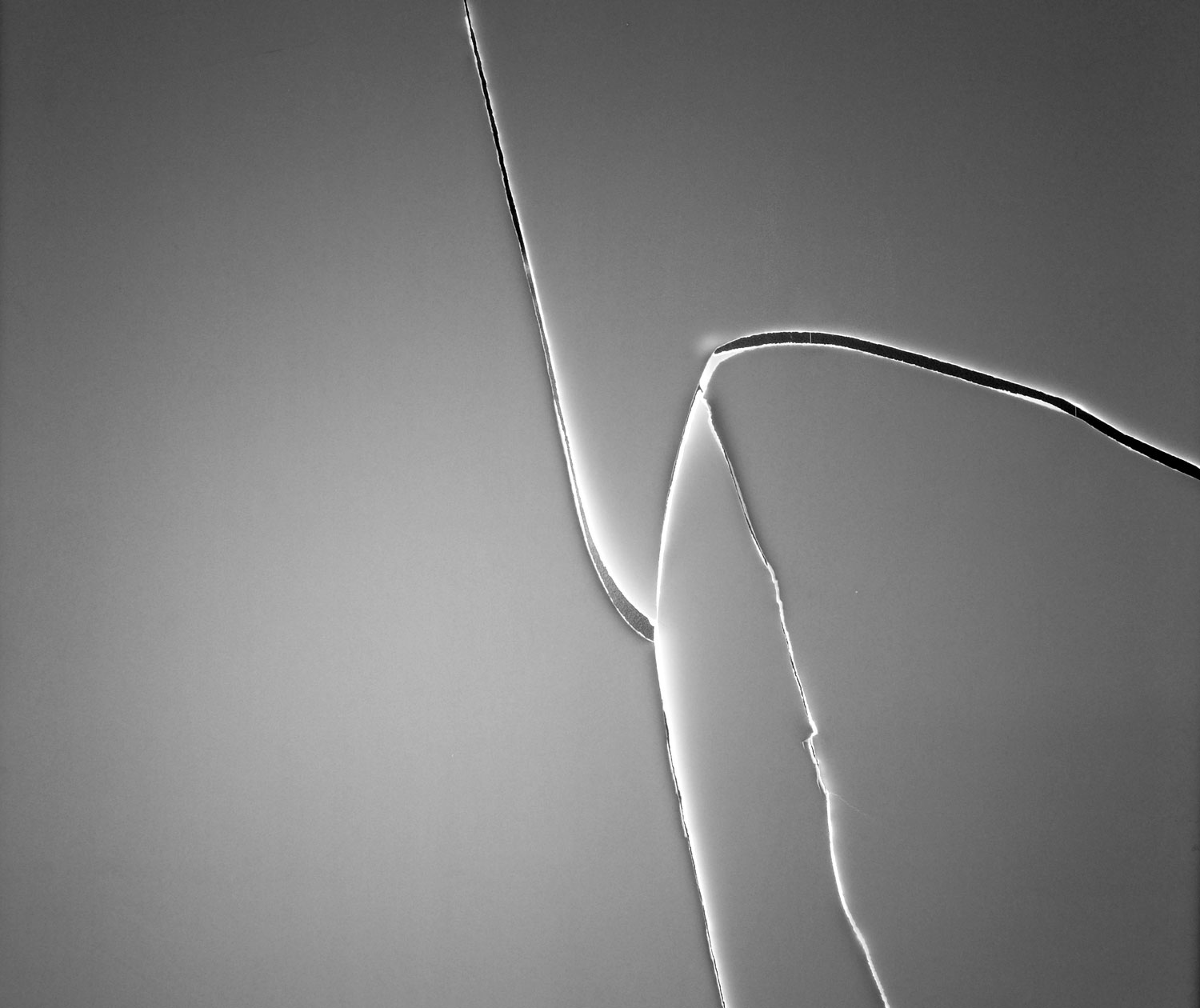 Architecture in theory happens in three stages. The last – the realisation of space – largely depends on the transition of the plan into reality. It is subject to many actors, and included within it are a wide range of parties and conditions. In most cases, these conditions are not only of a spatial nature, since all those that contribute to a realisation do not possess sufficient architectural knowledge. Above all, realisation therefore depends on the political creativity of the architect, the will of the client, and the motivation of the builders to create a space. If this does not happen, it is difficult to talk about the phenomenon of architecture – of a space that would feature sensorial, emotional, and phenomenological qualities. The act of drawing suggests an abstract, rational, intellectual approach. Space, on the other hand, is direct.

In our students, we wish to awaken and maintain processes of responding to the design of spaces. Even though the subject escapes architecture itself, the methods and the transition of one’s own response into an artistic medium follows the founding principles of space-making. This course appears to be non-architectural in its tools, but simultaneously thorough in both process and dialogue.

The second stage is the transition of the idea into the plan. This is an engineering craft, one of knowledge and discipline – how to innovatively and effectively take advantage of the ‘known’ and the ‘material’ with the sole purpose of making instructions on how to build space? With a variety of old-school and contemporary technological tools, the idea acquires shape. By mastering different construction approaches and composing materials into a new whole, the plan is realised. On the one hand, the plan, more or less, accurately predicts the future, describing it with those elements that are important for its future execution. On the other hand, the plan is always a simple form of reality, always half-way between the ‘imaginative’ and the ‘physical’. 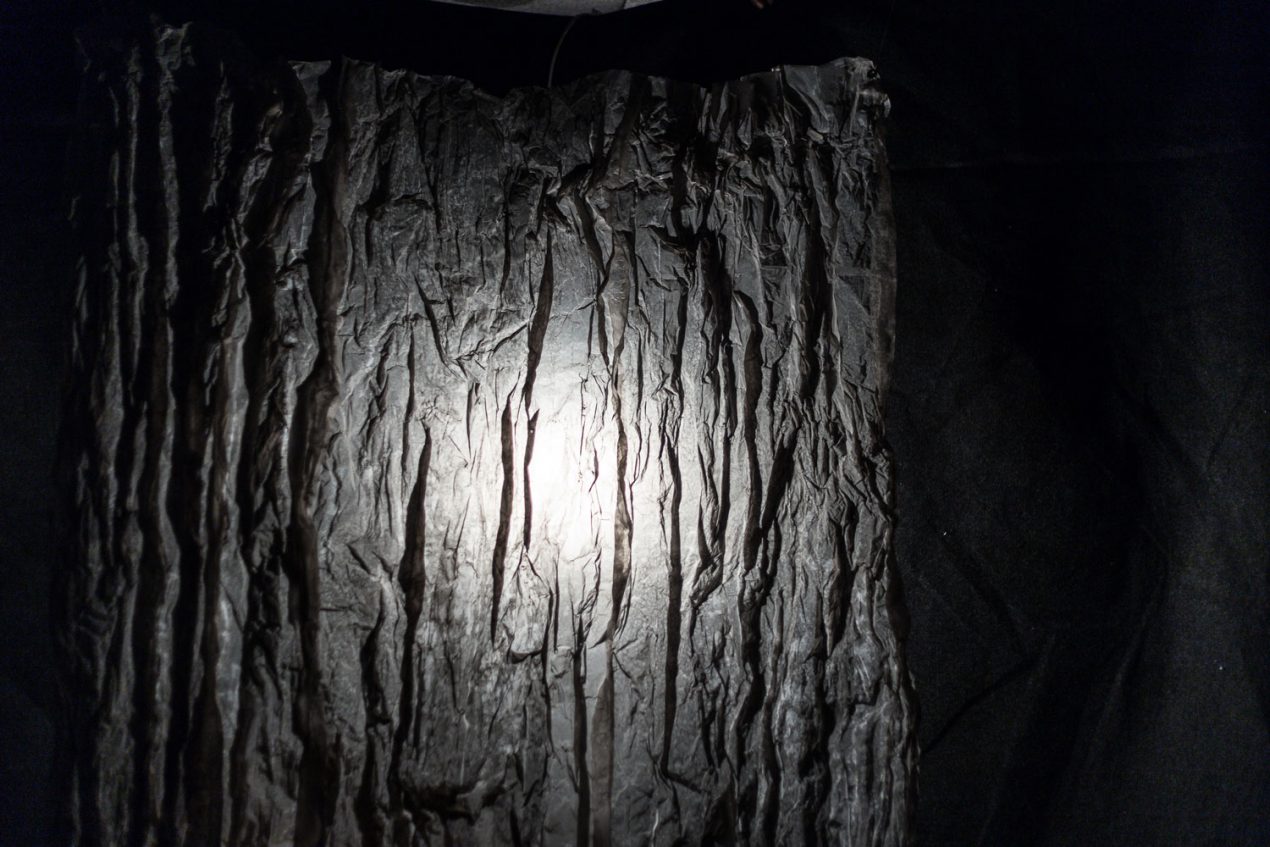 The first stage of design is putting the idea into words. It is an exceptionally personal process that is different to the other two stages, since it has no pre-determined structure, rules, or clear results. It is a process that merges personal and societal response to physical and social space, to real and imaginative spatial conditions. The response is sometimes mechanical, even defined by authority or trends, but sometimes it is an honest reflection of individual conviction. Truth be told, we, who teach architecture, make architecture, and face these responses, sometimes find it hard to distance ourselves from our own processes and principles. It is difficult to understand them, – we recognize traps, we direct, we teach in a correct way.

But if we want to talk about architecture as an artistic discipline, it is crucial to understand the first stage as the most important one. Teaching processes that do not have a clear structure are complex and process-based, experimental, sometimes risky. They open and also closes inner worlds. It is difficult to talk directly about these processes – much is metaphor, allegory, and ambiguity. In reality, there exist, above all, a host of meanings that do or do not make sense. 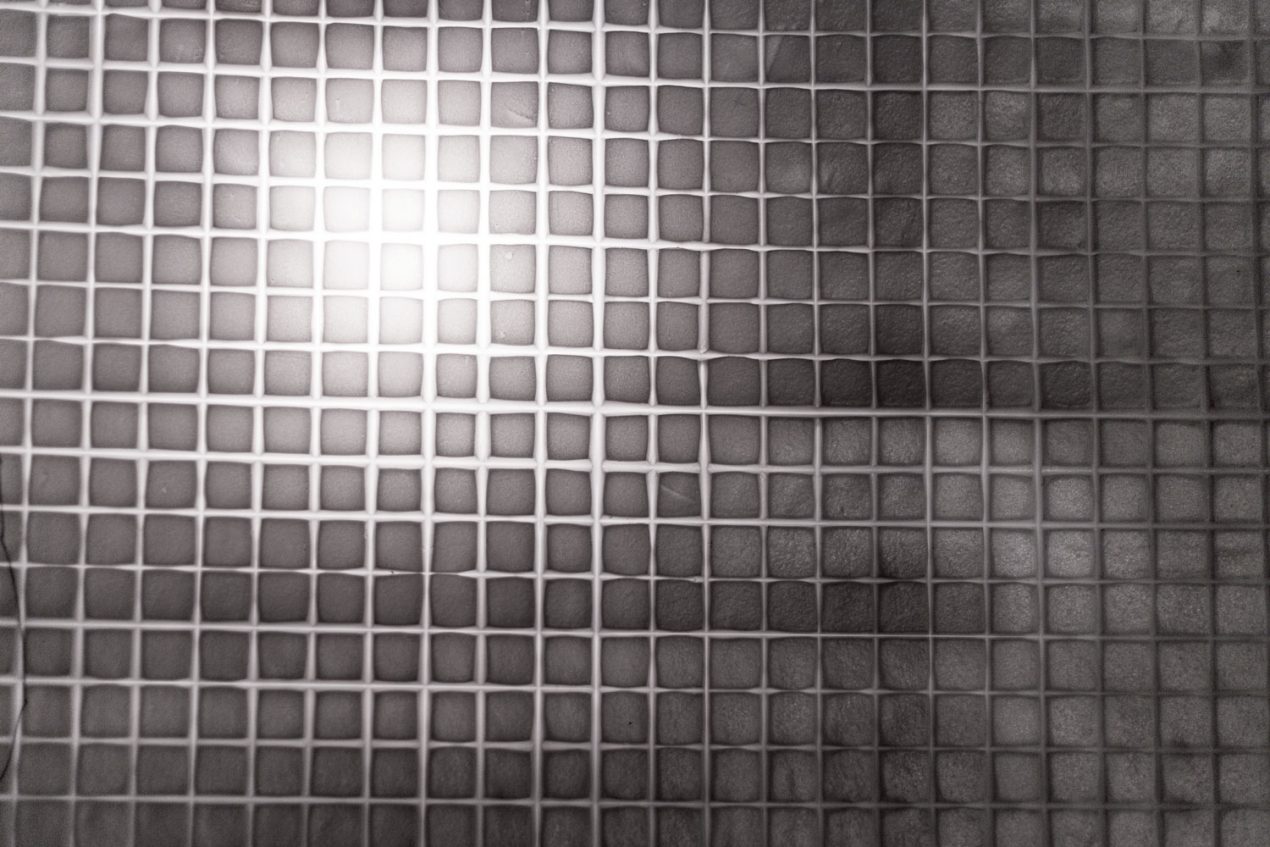 The “Fourth Dimension of Space” is an exercise that is growing gradually each year at our studio. Each edition has a different subtitle and format, but, in essence, it is a continuous exercise. In our students, we wish to awaken and maintain processes of responding to the design of spaces. Even though the subject escapes architecture itself, the methods and the transition of one’s own response into an artistic medium follows the founding principles of space-making. This course appears to be non-architectural in its tools, but simultaneously thorough in both process and dialogue. We always schedule it at the beginning of the year, when students are more relaxed and not as occupied with other parallel obligations.

Dynamics, rhythm, movement, light, and sequences are concepts that architecture and film have in common. The works of our students from the second to fifth year emerged as interpretations of 20-second long clips of cult films of the 20th century, from the genres of science fiction, thriller and drama. Among them are the works of Andrei Tarkovsky, Alfred Hitchcock, Lars von Trier, Thomas Vinterberg, Akira Kurosawa, and David Lynch. Precisely through the articulation of textures, light and shades, and the transfiguration/deformation of material and shape as a consequence of the process, students produced out of old foam boards luminous structures and sculptures. 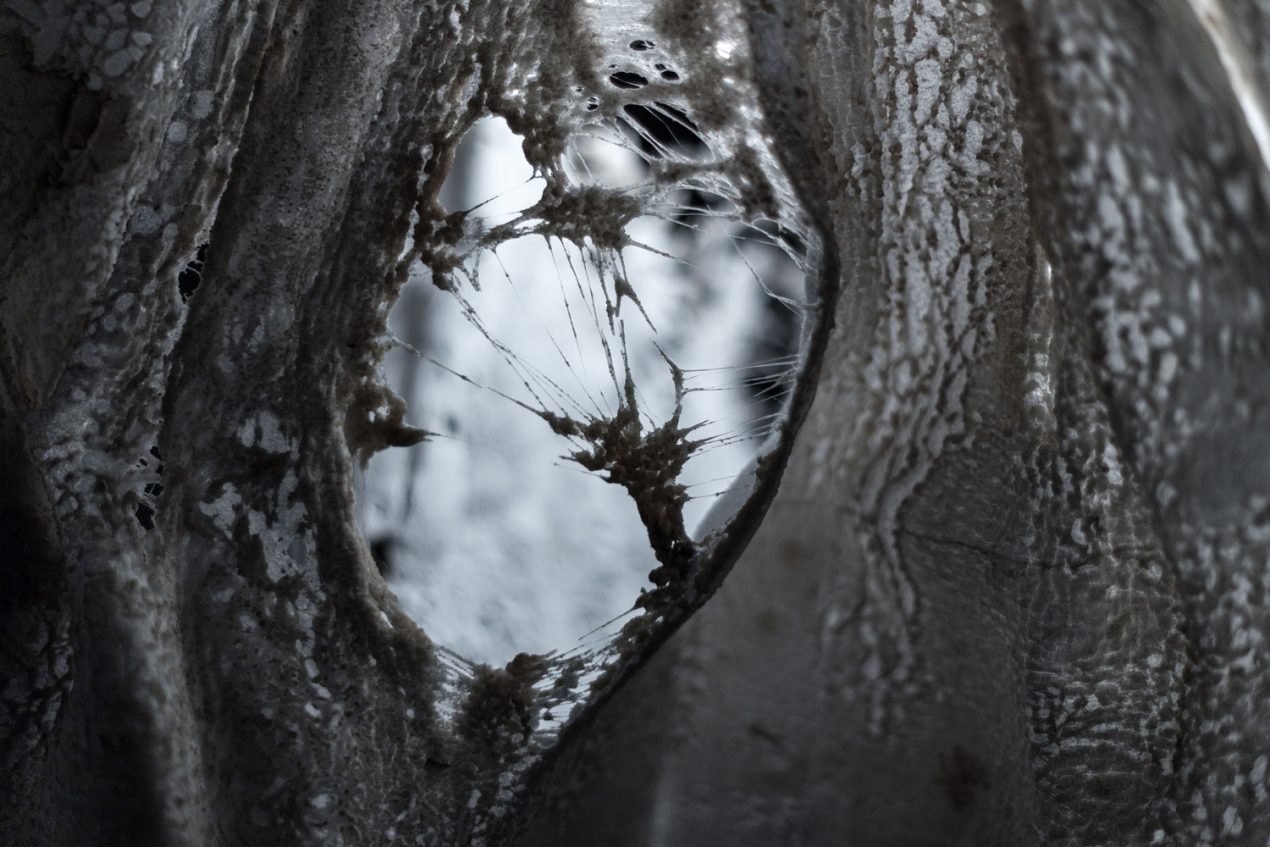 The majority of the objects are entirely distanced from the visual clues offered by a particular film. Instead, students interpreted the theme of movie clips through processes of mechanic, thermal, and chemical transformation of the basic material – foam board -, touching the margins of its recognisability. Unexpected forms do not just evoke curiosity in the observer; they at the same time aim to trigger intense emotional reaction. It is the tension of relations between materiality, light, dynamics and transformation that brings architecture and film most closely together.

Although the ‘fourth dimension’ of architecture usually stands for time, with our work we attempt to highlight those elements of space that reach beyond Cartesian determinism, measurability and unambiguity. Instead, it is about the unmeasurable, unplanned, and un-representable dimension of architecture which deals with the ‘sensual’, ’emotional’ and ‘meaningful’.

Teaching technical, practical knowledge is simple. Each step is expected, can be repeated and verified, such that knowledge is almost objective. Teaching sensibility, empathy, and improving the student’s ability to put ideas into words, in contrast, exceeds the classical relation between teacher and student. With a series of two-week presentations, everyday’ dialogue, talks, and performances, these roles get mixed up. Teaching becomes a shared process.

When teachers give students a specific assignment, in a parallel manner a set of possible solutions are formed, which act as criteria for the final evaluation. With the experimental practice of the “Fourth Dimension of Space”, this kind of scale-based evaluation process is -fortunately– impossible. Not only are the results unpredictable due to the personal approach of the students, we have been continuously astonished by their honesty, vulnerability, and refusal to make any compromises what so ever. It remains a challenge how to make the latter a part of the classical approach to teaching architecture.

Matej Blenkuš is an associate professor and dean at the Faculty of Architecture, University of Ljubljana where he teaches subject Structures and Design Studio. He is also a member of the doctoral studies committee. He heads a architectural design office abiro and is a member of Architectural association of Ljubljana and a Chamber for architecture and spatial planning of Slovenia. He graduated and received his PhD at the Faculty of Architecture, University of Ljubljana. His Master Thesis, submitted at the Helsinki University of Technology (today Aalto University) was awarded as a master thesis of the year 1999. He took part in many national opened and invited design competitions where together with coauthors he won many awards and honorable mentions. He has more than 15 years of experience in architectural design. Nordic center Planica was awarded with Plečnik’s Prize in 2016, Municipal library Grosuplje with Plečnik’s Recognition in 2007 and Multipurpose building Šmartinka with Zupančič’s prize of city of Ljubljana in 2002. Together with prof. Miloš Florijančič he was awarded with the Platinum Pencil award by the Chamber for architecture and spatial planning. Some of his other works were many times among the national selection for the European award Mies van der Rohe. His work are published in many domestic and international magazines. He gave lectures on the Days of Oris in Zagreb and the Piran Days of Architecture, but also at the faculties and conferences in Graz, Zagreb, Split and Frankfurt. The works of abiro were exhibited in 2002 and 2008 in the Cankarjev dom in Ljubljana and published in a monograph in 2015 by the Museum of architecture and design Slovenia.

Matej Blenkuš, MSc (Aalto), is Associate Professor and Dean of Faculty for Architecture, University of Ljubljana