Munich exhibit: OUT THERE – Landscape Architecture on Global Terrain 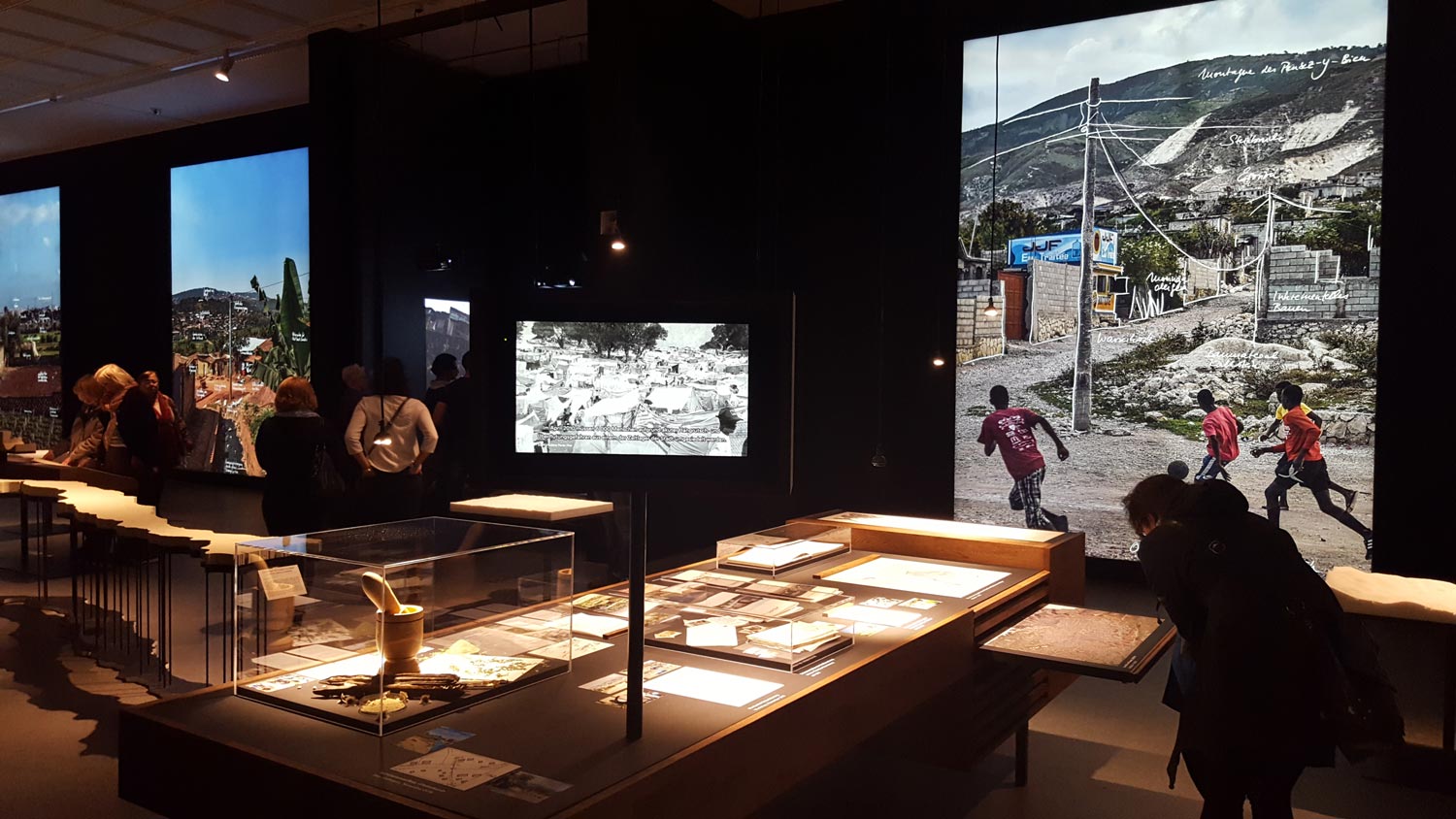 A plea to redefine the discipline`s position.

Extreme changes in ecological systems, rapidly growing megacities, industrial pollution, massive exploitation of non-renewable resources – these issues are not new phenomena and have been addressed since the 1970s. Sadly, even today, as the impact of our actions has reached a new peak, national selfishness, the refusal to recognize climate change and a prioritization of financial profits still dictate how we shape our global ecological system and ultimately our societies.

Now more than ever, global challenges like climate change, increasing migration and the spread of informal human settlements require the attention of landscape architects, architects and planners.

Out there is the first landscape architecture exhibition hosted by the Architecture Museum of the Technical University in Munich. Since its opening in 2013, the museum has showcased numerous well-respected architecture projects, amongst them the contribution of Urban-Think Tank Design Studio, which focused on the analysis of informal settlements and appropriate planning interventions within an architect’s scope of work. A consideration of landscape architecture issues has long been overdue and is finally addressed by the current exhibition. A discipline that has long been considered purely aesthetic and artistic finally breaks with this cliché and redefines its position as an art of survival. 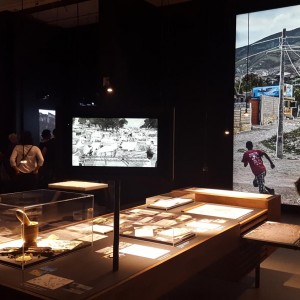 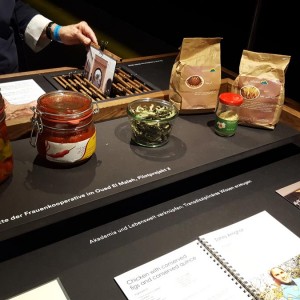 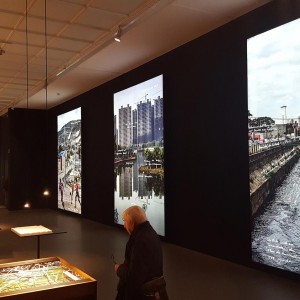 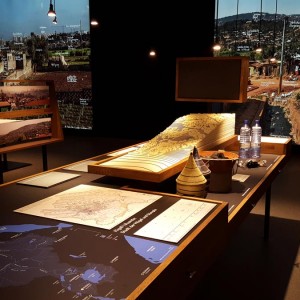 With great attention to detail, out there not only raises awareness for current and future global challenges but – equally important – vividly, tangibly and coherently depicts the everyday life of the people who are inextricably interwoven with the rural and urban landscape they live in.

Out there is a joint initiative of 5 University teams who brought to life 10 research projects around the globe. The objective is always the same – understanding the complexity of problems, advocating environmental justice and ameliorating the ecological situation as well as the living conditions rather than beautifying the space. The context of each project, however, is unique.

A deep insight into the particular political situation is as important as a sound comprehension of the ecological and social processes. Antje Stokman (University of Stuttgart, HafenCity University Hamburg) points out that while in China the support of investors and the political party is given, the ecological sustainability is questionable. On the contrary, in Peru it is hard to find political support. Especially after a political change, it is not unusual that all documentation disappears and precious information gets lost. The transformation of Changde into a pioneer “Sponge City” as well as a water-sensitive urban development strategy for Lima are the response to the enormous water challenges both cities are facing. 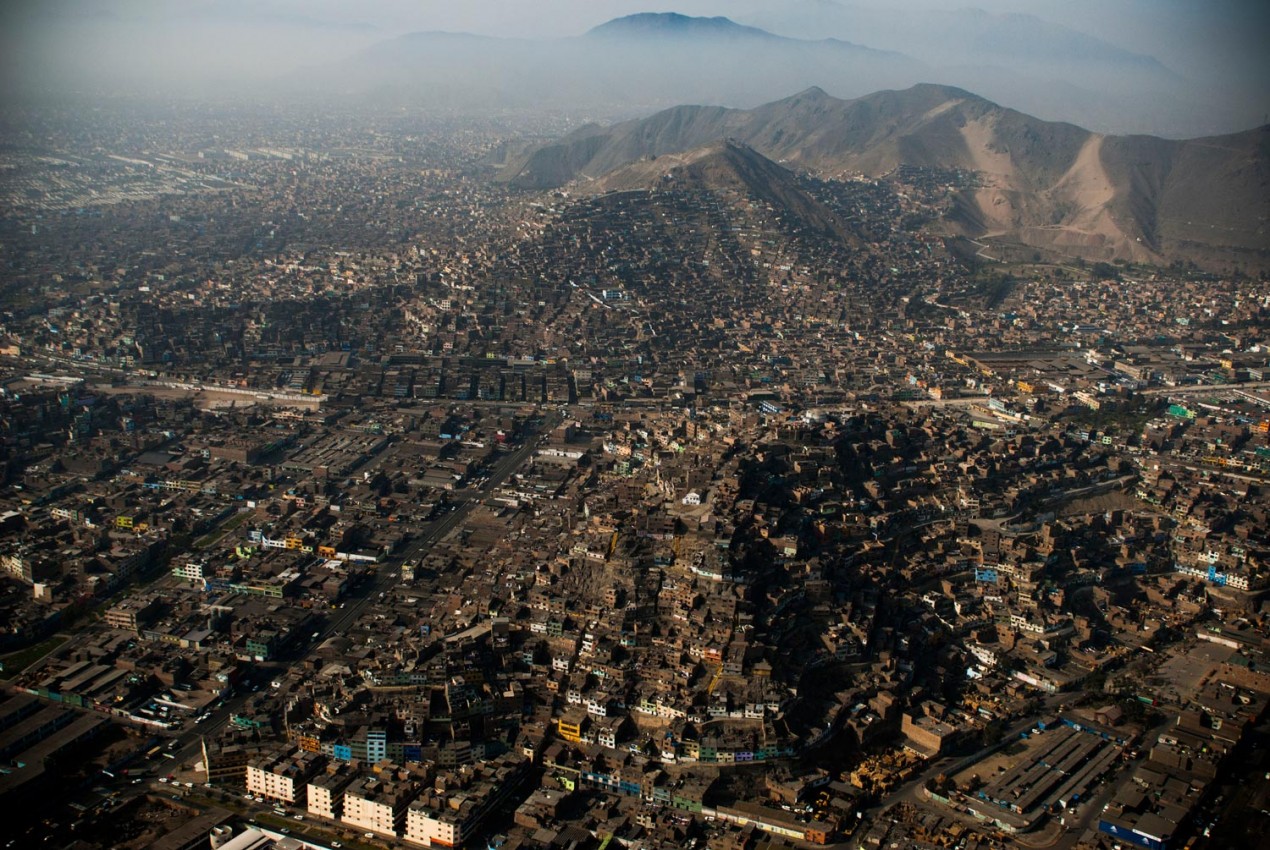 Lima, city in the desert: Aerial view of informal settlements encrouching the foothills of the Andes mountains in Lima, 2012, photo: © Evelyn Merino-Reyna

Jörg Rekittke (National University of Singapore, Royal Melbourne Institute of Technology) refers to his research project in Bali as the “collective rape of the cultural landscape” and outlines the catastrophic impact of tourism and international investors. Seemingly sustainable vegan food places and yoga retreats inhabit the shoreline, push back the agricultural system with its rice paddies and turn the traditional irrigation system into a wastewater disaster. In Jakarta, the planners are challenged by rising sea levels and simultaneously subsiding ground combined with rapid urban growth and environmental pollution. 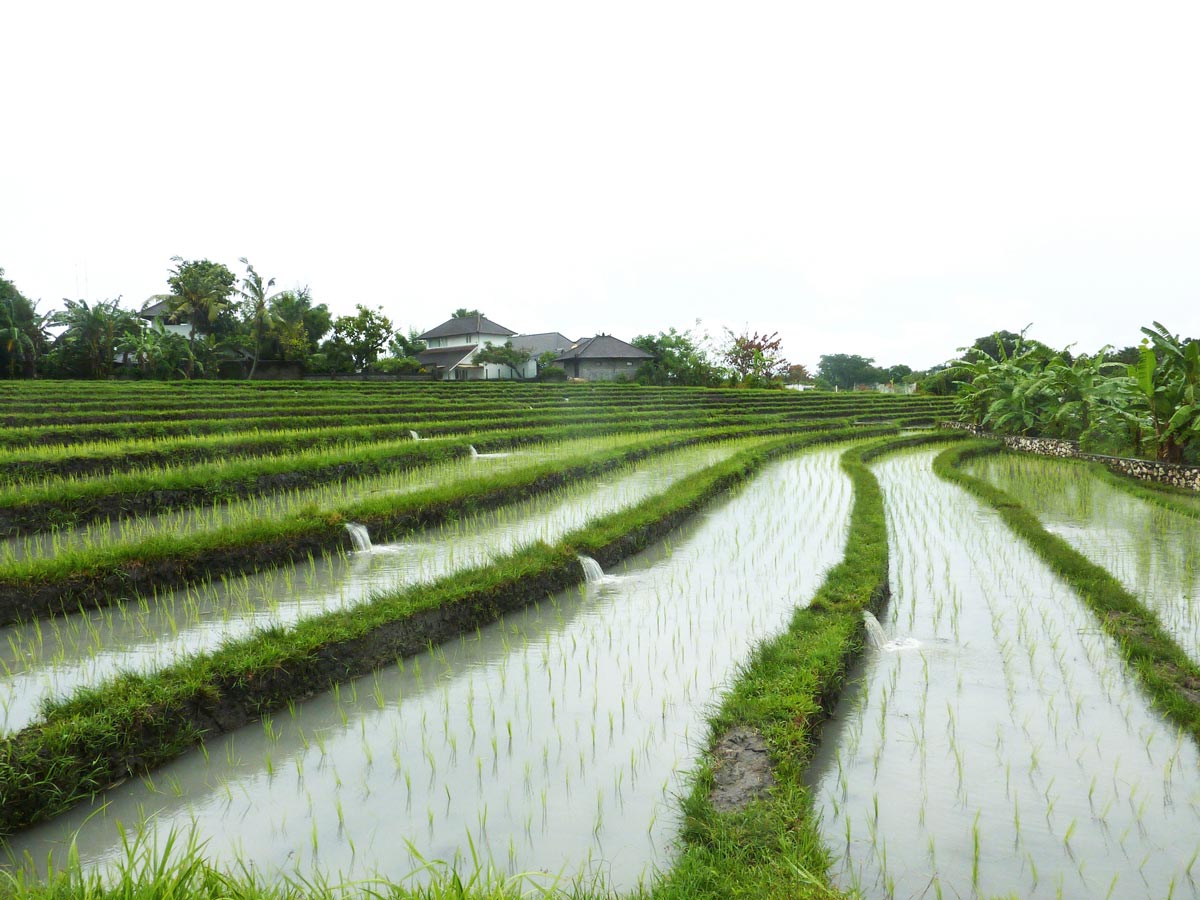 Christian Werthmann’s (Leibniz University Hannover) research project in Medellín, Colombia, shows the risky life of 200.000 people who live in informal settlements that are threatened by landslides. And yet, the city’s resettlement plans do not find everybody’s approval. “We come from the mountains. While the city turns its back, the mountains welcome us with open arms.” In Sao Paulo, Brasil, the challenge is to turn the lost river of Tamanduateí into an identity-forming landscape element that can coexist with the infrastructure of a metropolis of twenty million inhabitants. 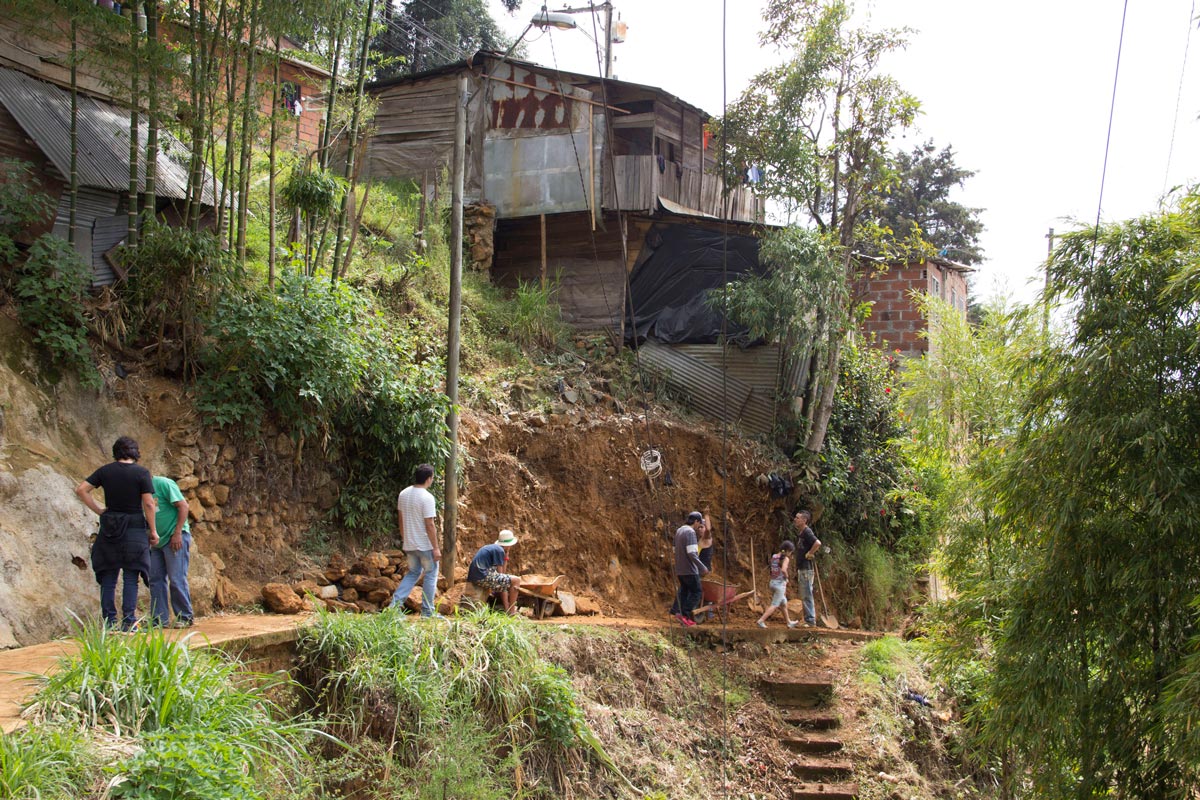 Landscape architects must understand the city as landscape, says Undine Giseke whose team at the TU Berlin has been researching the potentials of urban agriculture projects in Casablanca, Morocco, since 2005. In Rwanda, the heritage of colonialism and the current rapid urban growth of the city of Kigali called for an interdisciplinary planning team that would address the challenges of a city that is striving to become a modern metropolis. 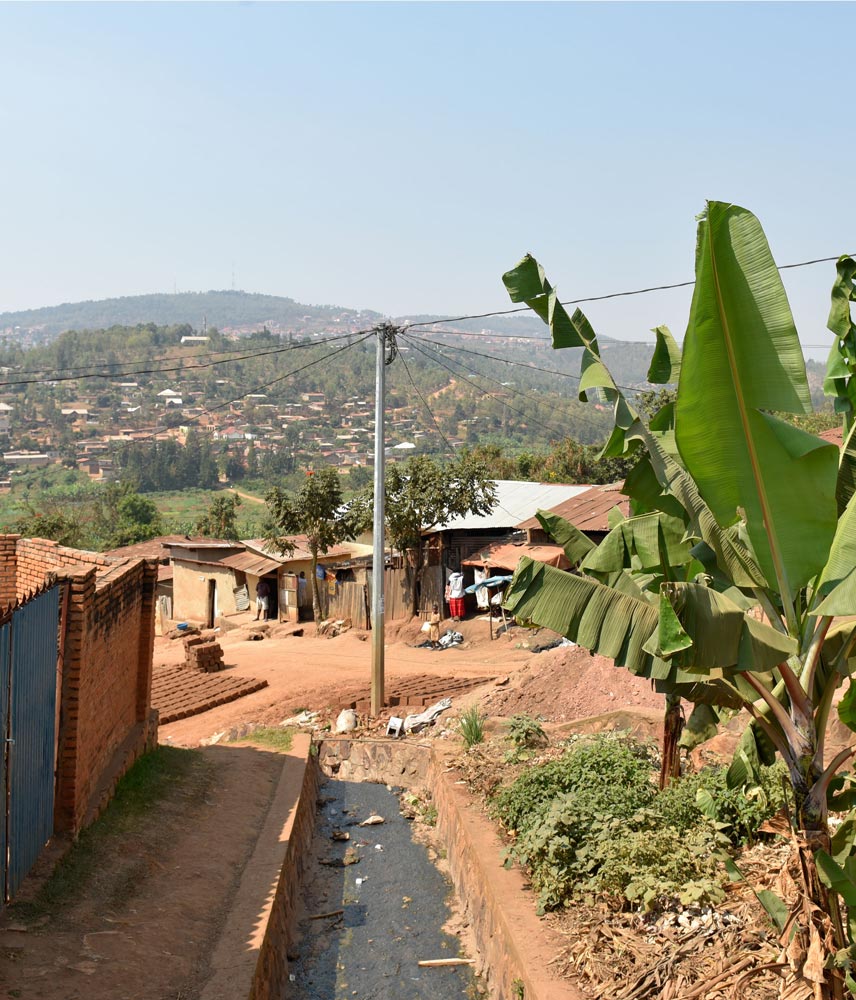 Hard to imagine but just in front of our doorsteps, Regine Keller’s team at the TU Munich is facing the challenges of Europe’s biggest slum, Cañada Real Galiana near Madrid, home to approximately 40.000 people. The clash between this informal urban growth and the historical cultural landscape results in major political conflicts. In Haiti, the team deals with the aftereffects of the devastating earthquake in 2010. The academic research served as a basis for the Canaan Upgrading and Community Development program that foresees a more sustainable approach and aims to relieve the capital Port-au-Prince. 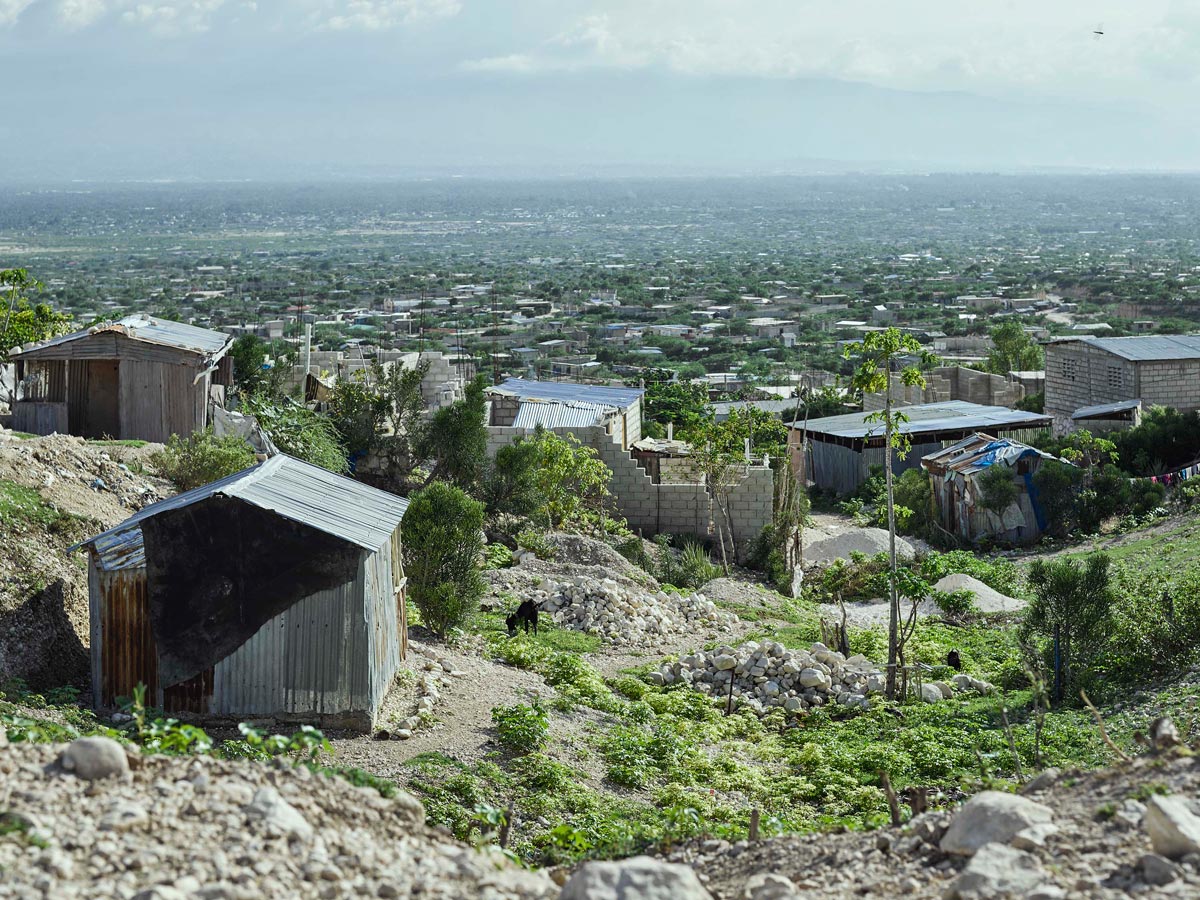 The relevance of the discipline of landscape architecture

All these projects require a deep insight and comprehensive understanding not only of the rural-urban processes but also of the social aspects. Thus, working with an interdisciplinary team including anthropologists and sociologists is as inevitable and necessary as the collaboration with the local people. Locals have consolidated knowledge of the conditions. They have useful ideas but often they are lacking a strong voice to address their needs. This is where planners come into play as they have the skills that are required for such projects. They can visualize the ideas of the local people and function as catalysts and as a source of motivation and encouragement. They work in all scales, they are trained to analyse sites in a comprehensive way and they are used to working with the dimension of time. Further, because it is relatively independent of financial and political support, academic work is extremely important to bring development projects like the mentioned above into being. With all this in mind, it is out of question that the academic training of landscape architects is a step towards a more sustainable world as it is a discipline that values an aesthetic approach, environmental awareness and social justice alike.

The catalogue:
OUT THERE Landscape Architecture on Global Terrain

A plea to redefine the discipline`s position. Extreme changes in ecological systems, rapidly growing megacities, industrial pollution, massive exploitation of non-renewable resources – these issues are not new phenomena and have been addressed since the 1970s. Sadly, even today, as the impact of our actions has reached a new peak, national selfishness, the refusal to […]