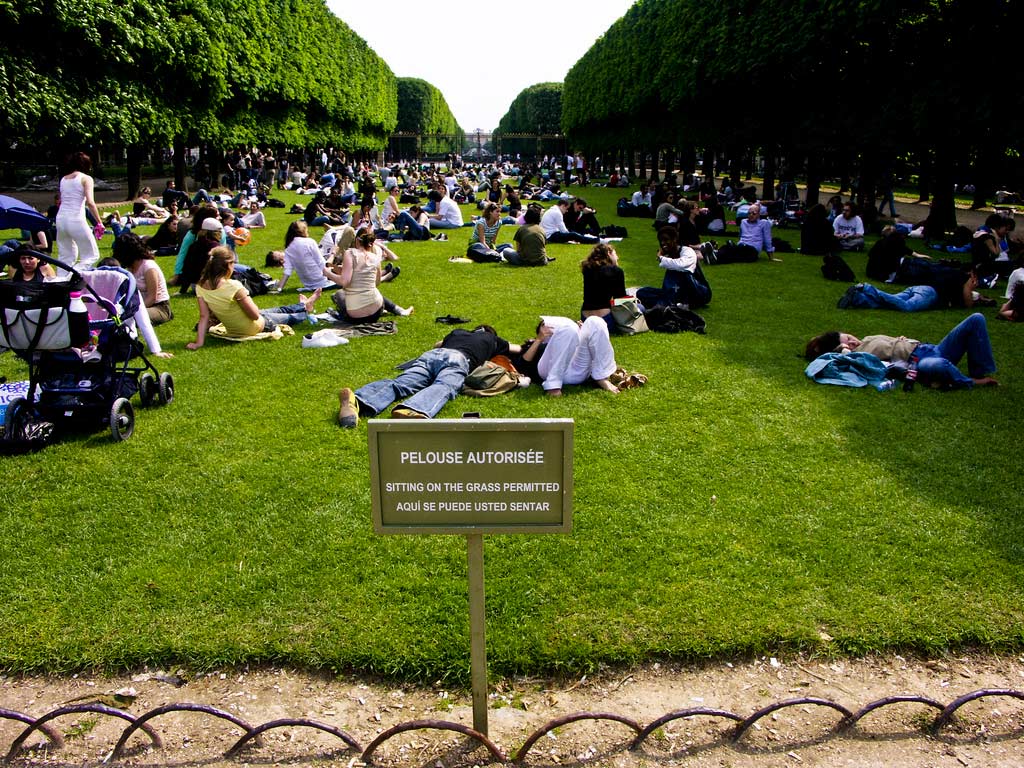 Places of public life in the urban landscape – Landscape Study Days of Fondazione Benetton Studi Ricerche in Treviso on February 16 and 17, 2017

Some meadows are more than meadows. In Italy they are known as Prati, meadows owned and used by the community, quite often located just outside the city’s gates. Prato, translated with the term common, derives from the latin expression res communis which refers to resources available to all, such as air, water or wildlife. They were widely present in European cities under the name of Prater, pré or prado. Many commons disappeared over time due to development projects within the growing cities or the transformation into parking space. Today, only the name of a street or a city gate remind of their once important existence. The common hosted markets, exhibitions, festivals, leisure activities, and served as pastures. It was not designed or maintained, but rustic and informal. Its shape was often defined by adjacent roads, channels or rivers. Historically, it was a green space, however, it often became more and more mineral over time. The Fondazione Benetton Studi Ricerche is a research centre based in Treviso, Italy, that supports research, experimentation and documentation in the field of landscape and gardens. In June 2016, it launched a workshop on the Prato de la Fiera in Treviso. This is why the trust dedicated their annual International Landscape Study Days in 2017 to the phenomena of the commons and prati. 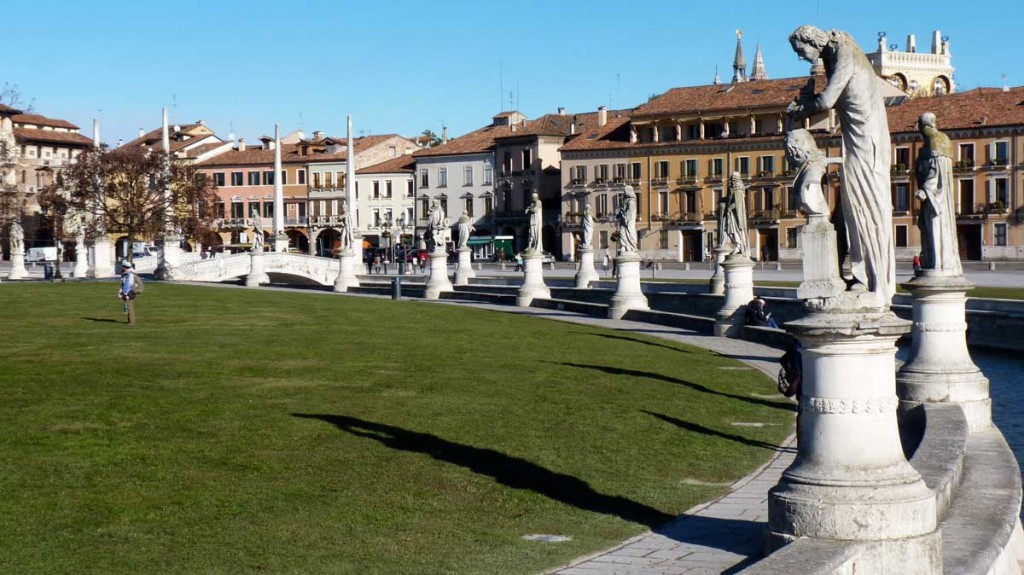 The intention of the event was to examine the value of the common and to define its role in the contemporary urban context. It seemed, however, that the issue to be discussed was not communicated clearly enough to the speakers. This resulted once again in a very broad and vague approach that lacked a precise understanding of the subject and eventually led to more confusion than new insights. Some presentations missed the point or got side-tracked, others simply couldn’t come up with any new aspects. A problem that could have been avoided by briefing the speakers and by outlining a clear structure. At least Franco Panzini gave a comprehensive introduction into the history of the common and its importance for the social urban life throughout medieval Europe until today. Over time, the Italian prato as a type of open space detached itself from its initial meaning, which is lawn or meadow. Surprisingly though, speakers were invited who focused mainly on “green” issues which today don’t – and maybe never did – play the key role. Needless to say, it is surely interesting to talk about lawns and grasses, but not necessarily within a context where social dimensions are considered most crucial for public spaces to function.

The intention of the event was to examine the value of the common and to define its role in the contemporary urban context. It seemed, however, that the issue to be discussed was not communicated clearly enough to the speakers. This resulted once again in a very broad and vague approach that lacked a precise understanding of the subject.

Nevertheless, Alessandra Ponte’s presentation “Out of hopeful green stuff woven” gave a refreshing insight into the emergence of the American lawn which became a symbol for civilization in contrast to the wilderness that European settlers found in the new world. Even though privately owned, front lawns in residential neighborhoods became – in a visual sense – a common property. They are subject to unwritten rules (e.g. no fences, simultaneous mowing, same seeds) that the community expects to be followed. This emphasises the important role that private land can play for the common good and the valorizations of public space. 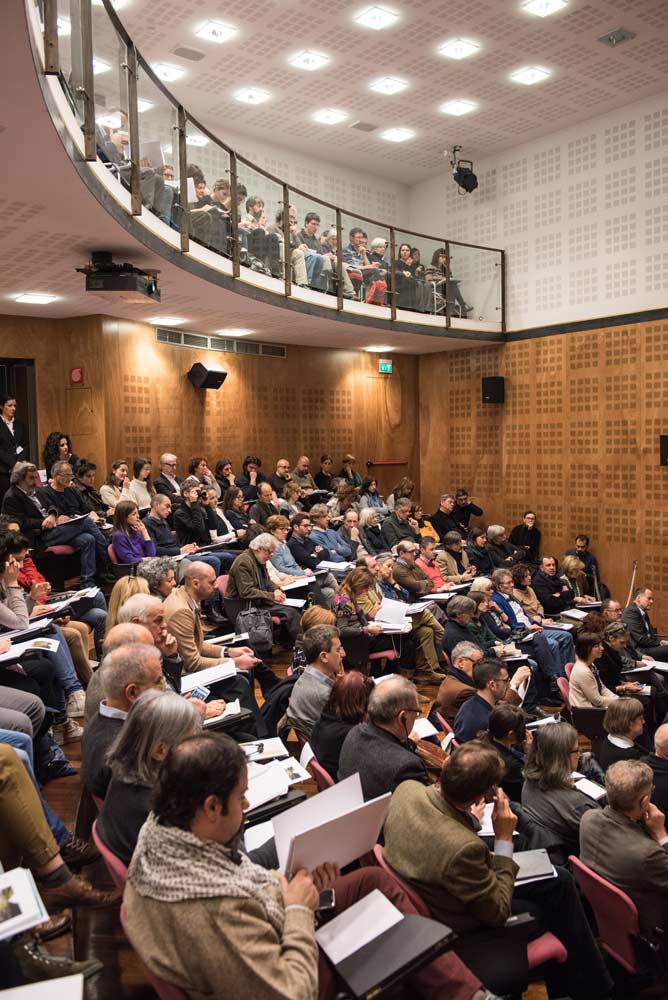 Then there was an oddly avoided discussion by Maarten Kloos about the Museumsplein in Amsterdam, designed by Sven Ingvar Andersson. The project was awarded with the trust’s Premio Carlo Scarpa per il Giardino in 2008 while it had difficulties to gain appreciation amongst locals. Instead of allowing a deeper insight into the project’s controversial discussion, a pointless summary of green spaces in Amsterdam left the audience in the dark. And Jeppe Aagaard Andersen eagerly showcased his own projects rather than contributing to the discussion about commons. At least it was a visually rich presentation that offered a pleasant contrast to some other speakers’ floods of words.

The most inspiring presentation was given by Udo Weilacher who pursued a more structuralist approach. He criticised the ongoing discussion about the economic value of ecosystem services and green infrastructure. Instead, he called for social values to be measured. As an example, he presented the development of Sechseläutenplatz in Zurich, a common that has undergone dramatic changes over the centuries and that hit rock bottom when turned into a parking lot in the 1960s. Weilacher’s explanation for its successful transformation in 2014 was based on a set of structuralists’ recommendations: Avoid a purely functionalistic approach. Accept the existing and the isochromal because historic and contemporary elements are equally valuable. Secure changeability, versability and viability. Create polyvalent spaces that are accessible to everyone, regardless of their cultural background. Keep communication alive and create meeting points. Weilacher also emphasized the importance of communication during the planning process in order to get the public’s approval for the project. Thus, the importance of the language, both verbal and visual, that landscape architects need to learn in the course of their education is an important factor.

Unfortunately, social aspects as presented by Weilacher were mostly disregarded by most of the other speakers. Furthermore, the event could have been completed by a discussion about the future role of commons and appropriate means to successfully achieve that role, including useful proposals for the Prato de la Fiera in Treviso, which was the initial reason for the organisation of the very event. Instead, the day ended with quite irrelevant and irritating contributions such as nicely illustrated remarks on Tempelhofer Feld in Berlin, a review of the Italian pavilion at the 2016 Biennale in Venice or a mapping of street prostitution in the Veneto region. In spite of everything, the organizers could be given some credit for their effort to reflect upon seemingly incoherent topics from different angles and to cover as many different aspects as possible. This might placate the critical reviewer who lost the thread in the endless meadows of the seminar.