The Landscape Architecture of Lawrence Halprin 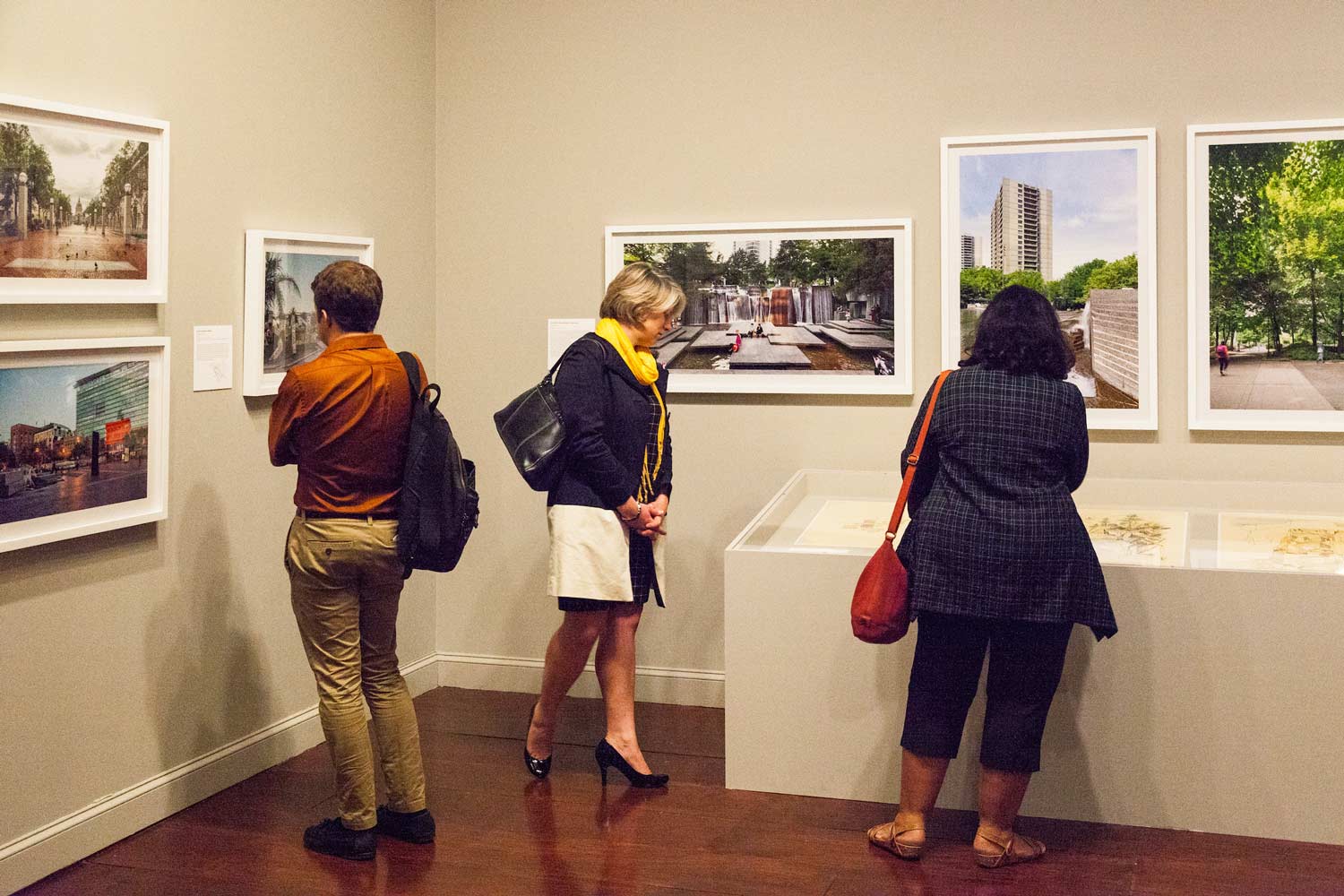 On the 5th of November, a travelling exhibition about the life and work of Lawrence Halprin opened at the National Building Museum in Washington D.C. More than 50 newly commissioned photos of Halprin’s projects are on display along with original drawings and artefacts that will only be exhibited in Washington D.C. The exhibition was organized and curated by The Cultural Landscape Foundation in collaboration with the National Building Museum and will close on April 16th 2017. 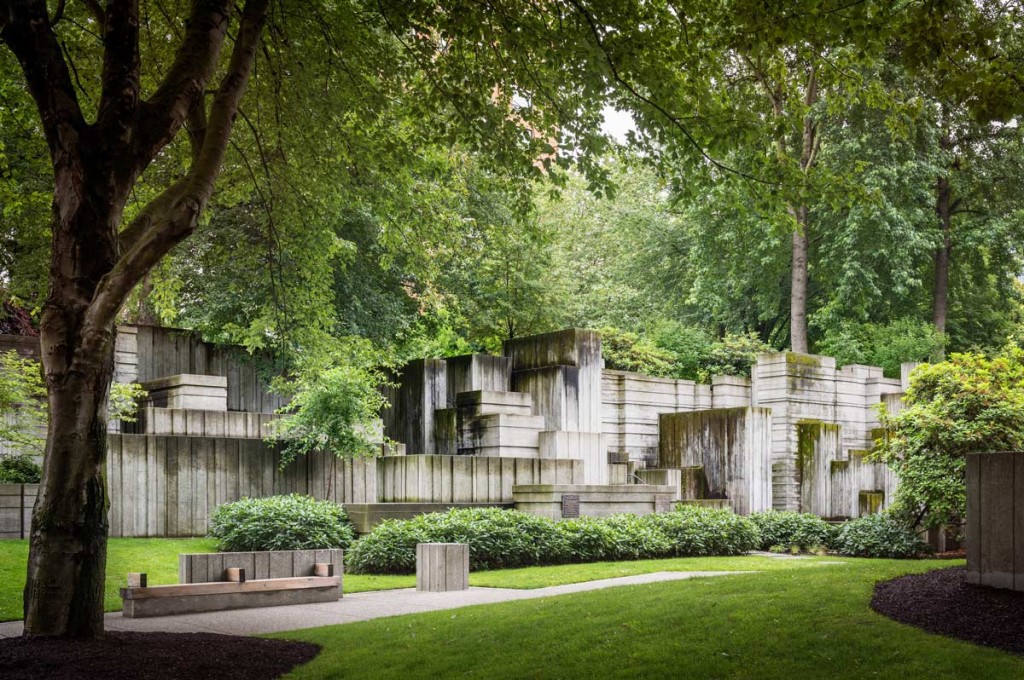 Lawrence Halprin (1916-2009), an icon of American landscape architecture, was and remains a hero of many if not most of the landscape architects around the world. His playfulness in the dialogue with the elegance of modernism created spaces that were masterfully tamed in context yet very expressive and intense in an artistic sense. He was focused on neglected urban landscapes and practiced a participatory approach already decades ago. 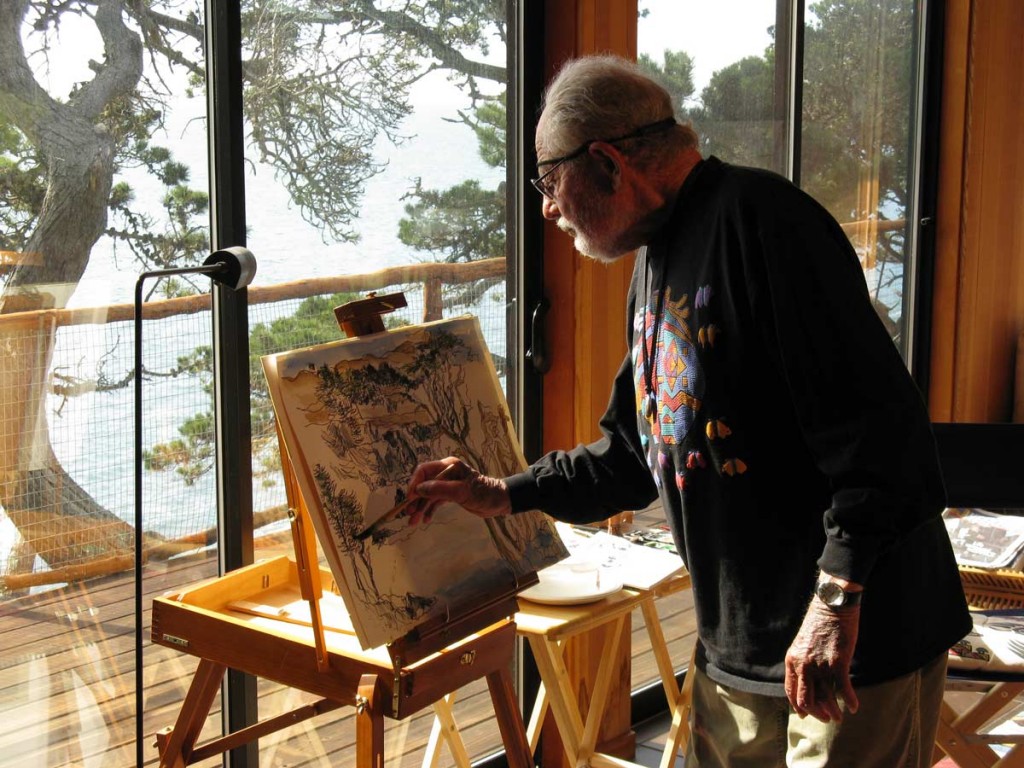 The exhibition, timed to the centennial of Halprin’s birth, comes as a celebration and promotion of his life and work and also as an important tool in a mission to preserve his works across the United States and Israel. Despite the professional recognition, some of Halprin’s works will be removed or are threatened by demolition, some others have been already severely altered or damaged.

The exhibition is meant to be an introduction to Halprin’s work as a part of Landslide series, TCLF’s mission to acknowledge and bring in focus valuable landscape structures that are at risk.

– A full-color gallery guide with information about each of the sites
– Complementary Online Exhibition
– TCLF’s Oral History sessions – multiple video interviews with Halprin conducted by Charles Birnbaum, CEO and president of TCLF recorded in 2003 and 2008 on various locations. 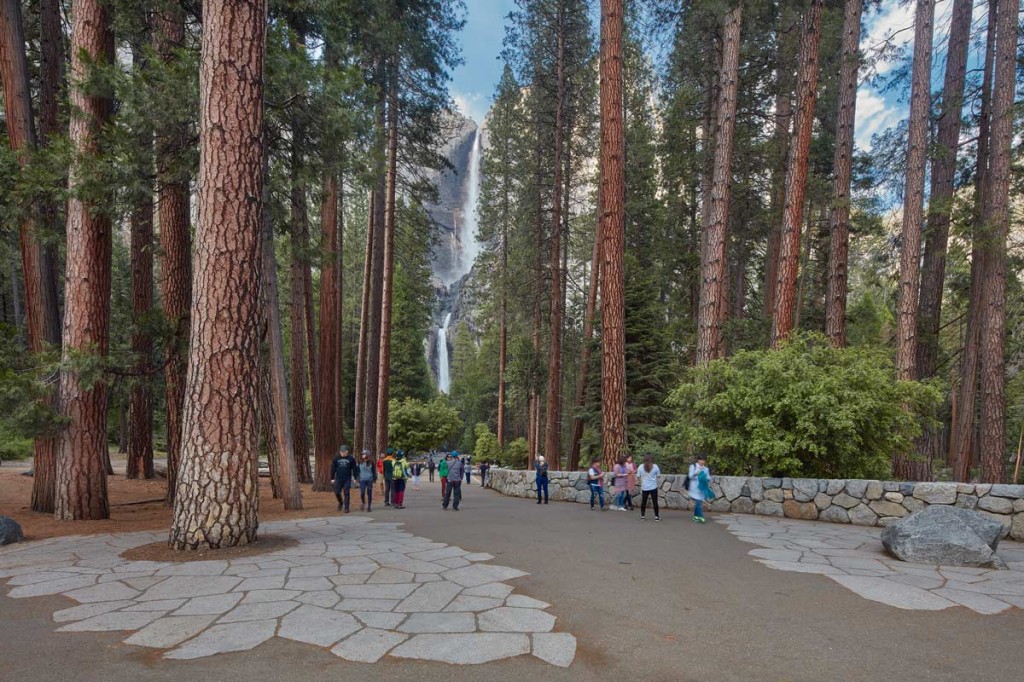 I also recommend reading the “Reflections” by several friends, associates and clients of Halprin on their experience with the landscape architect. Cornelia Hahn Oberlander recalls:

“He spoke to us about discovery of the landscape, and he walked us through one of his projects and compared it to a dance. He mentioned that ‘landscape architecture was syncopation in space.’ This was unforgettable for me. A few weeks later, I saw Anna’s* wonderful dance performance on William Steig, and thus these two ideas became embedded in my mind.”

*Anna Halprin, wife of Lawrence Halprin is a famous American choreographer and her work influenced also Halprin’s understanding of how people interact with space.

On 5th of November, travelling exhibition about the life and work of Lawrence Halprin opened at the National Building Museum in Washington D.C. More than 50 newly commissioned photos of Halprin’s projects are on display along with original drawings and artefacts … 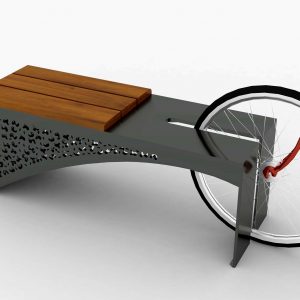