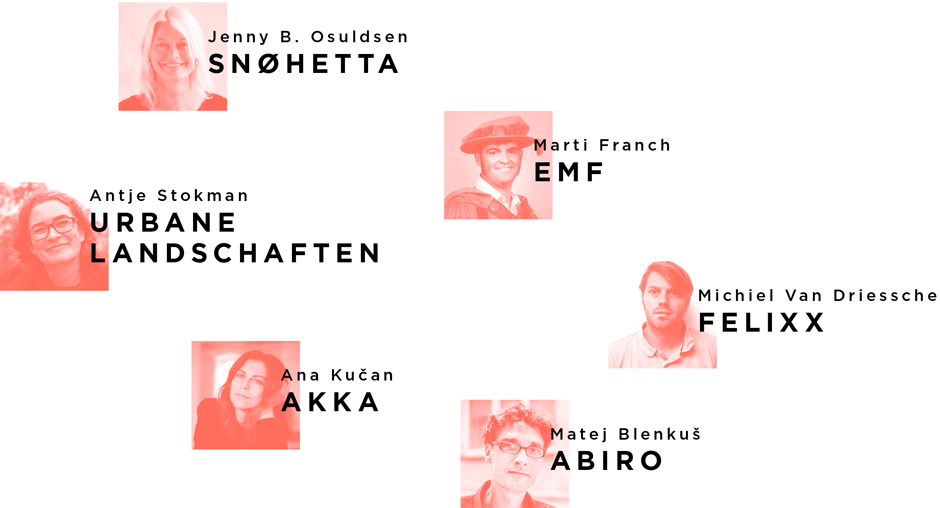 The first LANDEZINE LIVE will happen in our hometown Ljubljana, Slovenia. The event will focus on exploring interdisciplinary approach to designing open space. Renowned speakers will present their works and participate in the discussion and LILA – Landezine International Landscape Award will be handed to the two winning offices. The event will take place at the Old Power Station – Elektro Ljubljana. You can also read on Guardian why Ljubljana is a perfect weekend get-away even in winter. 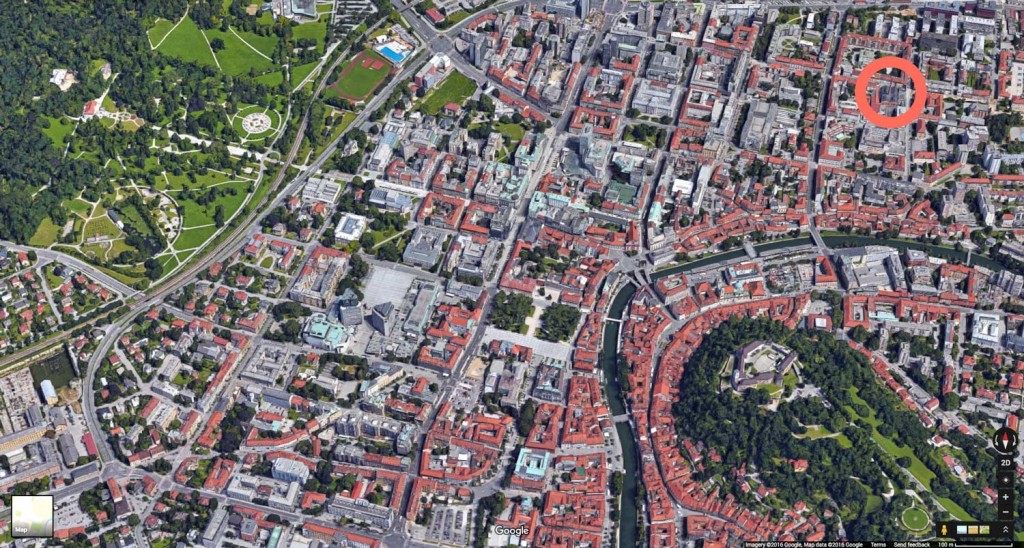 Ticket for regular visitors cost 15 euros. For students and pensioners the tickets cost 10 euros with proof of status at the registration desk at the event. There is a small number of seats so it would be a good idea to save your seat by purchasing the ticket immediately.

Details about the programme

LILA aims to honour a progressive landscape architecture practice that both significantly contributes to exploring contemporary landscape issues and offers creative solutions to challenges that our profession is facing. LILA is seeking daring, experimental office that pursue an excellent design approach and is able to offer appropriate and innovative answers to complex questions. LILA was organized for the first time in 2016 and due to the popularity of landezine.com immediatelly drew international attention. Landscape architecture offices from all continents registered. LILA is now the only international award for landscape architecture offices to award their approach to design of open spaces and not single projects. 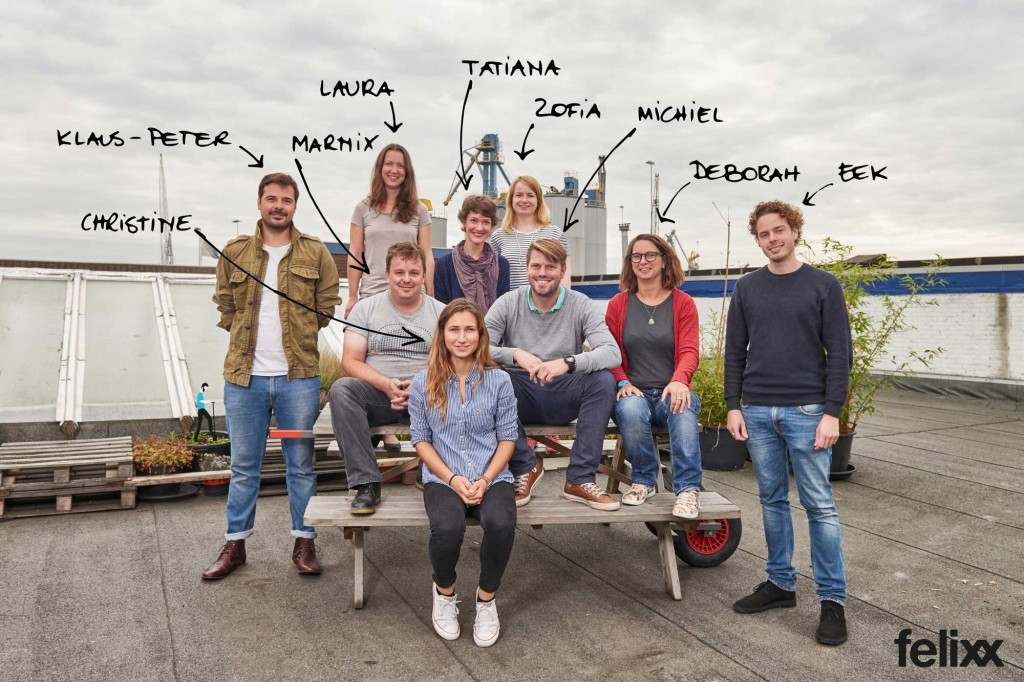 “We believe landscape architecture can be instrumental in dealing with the environmental and societal challenges we are facing. A better world requires a better spatial organization of our living environment. Therefore Felixx explores landscape architecture as a pragmatic utopian practice. Engineering landscapes as smart spatial systems, while envisioning them as the paradisiacal environments to live in. By hitting this promising overlap between pragmatism and idealism, we want to improve the world we are living in and realize happy environments.”

EMF is practicing excellent scientific and technical work, but most importantly also proves that visiting landscapes must mean a culturally fulfilling experience. In the times, when ecosystems are constantly being challenged by the consequences of human activities, preservation and restoration of nature are vital for the wellbeing of all species. Martí Franch is aware that promoting subtle change in order to emphasise overwhelming natural forces and features left ‘as they are’ plays a very important role in establishing a bond between the user and the landscape – people and environment.
– LILA 2016 Jury 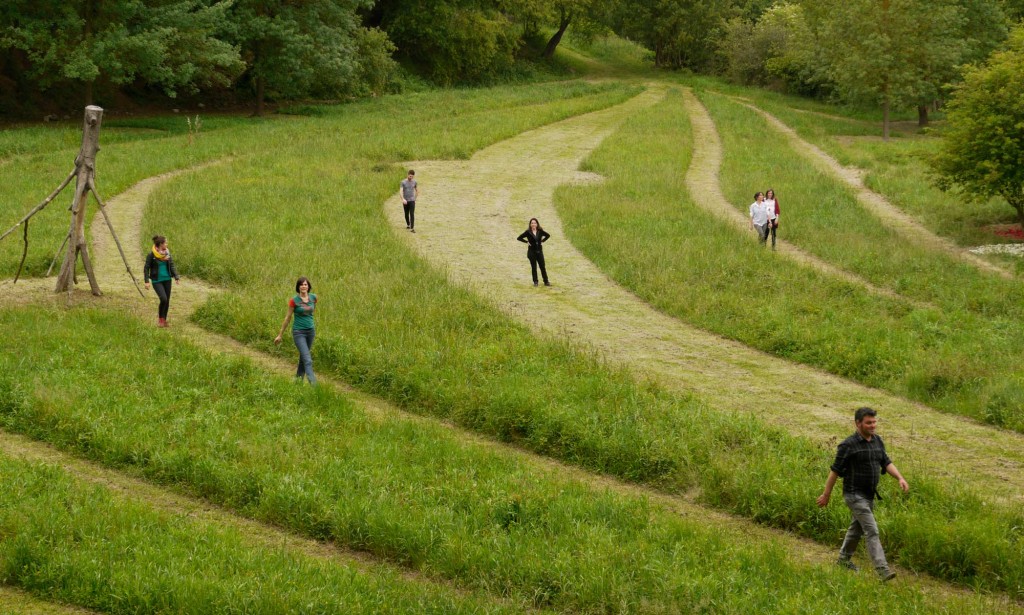 Landscape Architect by the University of Greenwich and Horticulturalist by ETSAB in Barcelona, is the founder & principal of ‘EMF landscape architecture’. EMF is an interdisciplinary practice of independent experts in the field of urban and environmental design, exercising internationally. ‘EMF’ was settled in 1999 after professional and academic training in Amsterdam, London and Berlin. Ever since, Franch explores hybrid ways between ecological systems & cultural constructs to inform projects and build up new realities. Since 2001 Franch teaches in ETSAB Barcelona, and has been visiting teacher at ENSPV Versailles, RMIT Melbourne or LU Lund. Representing ETSAB Barcelona, Franch contributed to the conception of EMiLA, the European Master in Landscape Architecture a join Master Degree between ENSPV Versailles, AvB Amsterdam, LUH Hannover, UE Edinburgh and ETSAB. His work has been internationally published and awarded with an ASLA American Society of Landscape Architects Honor Award 2012 , European Landscape Biennal – Rosa Barba Prize 2012, as well as selected finalist in FAD 2012, Rosa Barba Prize 2010, CCCB European Prize of Public Space 2012 among others. Currently Franch is doing a Design Practice Research PhD by RMIT Melbourne (Europe) and is an ADAPT’r fellow at GSA for a period of 18 months.

By the end of the nineteenth century the available professional identities such as architect, engineer, gardener were perceived by many to be inadequate to social and environmental challenges of rapid urbanization. These new conditions demanded a new professional identity explicitely associated with landscape. In the US, Olmsted used the term landscape architect first in 1860, but he remained bothered with the new term. Olmsted was convinced, that adopting the mantle of the architect would bolster the new field in the eyes of the public, and mitigate against the tendency to mistake the work as being primarily concerned with plants and gardens. It would also, Olmsted argued, guard against the greater danger of landscape’s potential future „disalliance“ with architecture.

Olmsted became convinced that the range of study that was called for by increasing demands of scientific knowledge would press the new profession toward increasing reliance on specialised bodies of technical knowledge, and a resulting alienation from the fine arts and architecture.

Now landscape architecture as a profession and discipline is a 150 year old success story. In some places. In others not. But everywhere there is a need to cooperate with engineers, architects, scientists. Increasing challenges with urbanisation and climate change, social disparities and digital revolution forces all planning parties to work together. 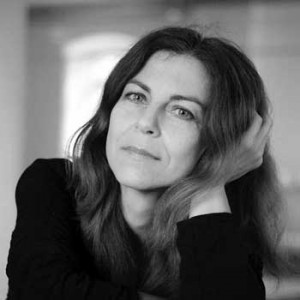 Dr. Ana Kučan is a professor of landscape design and theory at the Department of Landscape Architecture of the Biotechnical Faculty, University of Ljubljana, Slovenia, and a principal of Studio AKKA. After graduating in landscape architecture at the University of Ljubljana, she continued her studies in urban design at the Graduate School of Design, Harvard University, and then returned to Ljubljana to complete her doctoral dissertation. She has won prominent urban and landscape design competitions, both individually and with Studio AKKA. Her work has received several national and international awards, among them a nomination for the Rosa Barba award in 2006. She published Landscape as a National Symbol in 1998, a work based on her doctoral thesis. Ana Kučan was a member of the first Editorial Advisory Board of the academic Journal of Landscape Architecture and writes for Landscape Architecture Europe. She’s been invited to lecture at several universities in Europe, presented her work at the AIA in New York and at the IFLA Congress in St. Petersburg and holds the Libera Chair of Excellency. She is also the leading team member of the project All Shades of Green, presented at the 12th Biennale of Architecture in Venice in 2010. 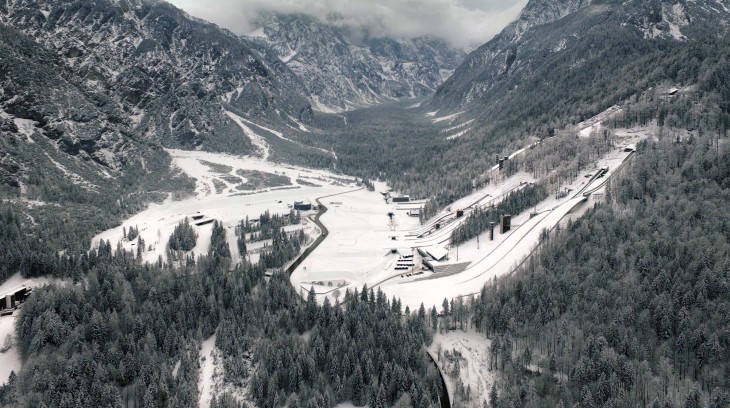 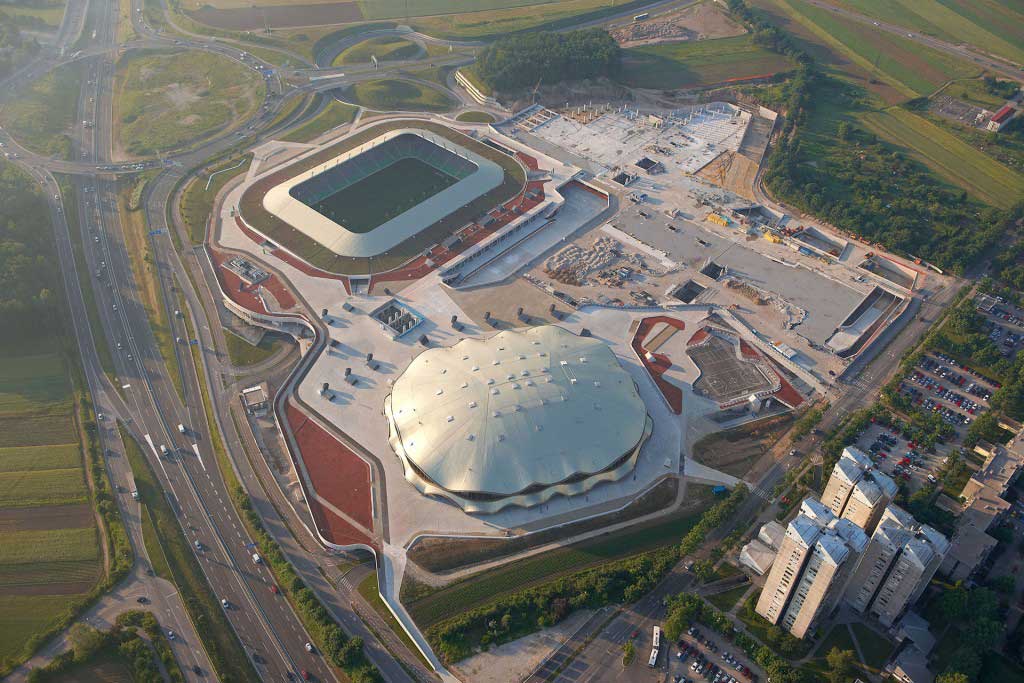 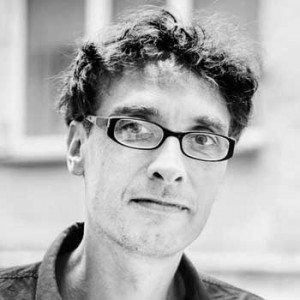 Matej Blenkuš is an associated professor at the Faculty for Architecture, University of Ljubljana where he teaches subject Structures and Design Studio. In 2015 he was appointed as a vice dean for study and financial affairs. He is also a member of the doctoral studies committee. He heads a architectural design office abiro and is a member of Architectural association of Ljubljana and a Chamber for architecture and spatial planning of Slovenia. He graduated and received his PhD at the Faculty of Architecture, University of Ljubljana. His Master Thesis, submitted at the Helsinki University of Technology (today Aalto University) was awarded as a master thesis of the year 1999. He took part in many national opened and invited design competitions where together with coauthors he won many awards and honorable mentions. He has more than 15 years of experience in architectural design. Nordic center Planica was awarded with Plečnik’s Prize in 2016, Municipal library Grosuplje with Plečnik’s Recognition in 2007 and Multipurpose building Šmartinka with Zupančič’s prize of city of Ljubljana in 2002. Together with prof. Miloš Florijančič he was awarded with the Platinum Pencil award by the Chamber for architecture and spatial planning. Some of his other works were many times among the national selection for the European award Mies van der Rohe. His work are published in many domestic and international magazines. He gave lectures on the Days of Oris in Zagreb and the Piran Days of Architecture, but also at the faculties and conferences in Graz, Zagreb, Split and Frankfurt. The works of abiro were exhibited in 2002 and 2008 in the Cankarjev dom in Ljubljana and published in a monograph in 2015 by the Museum of architecture and design Slovenia. 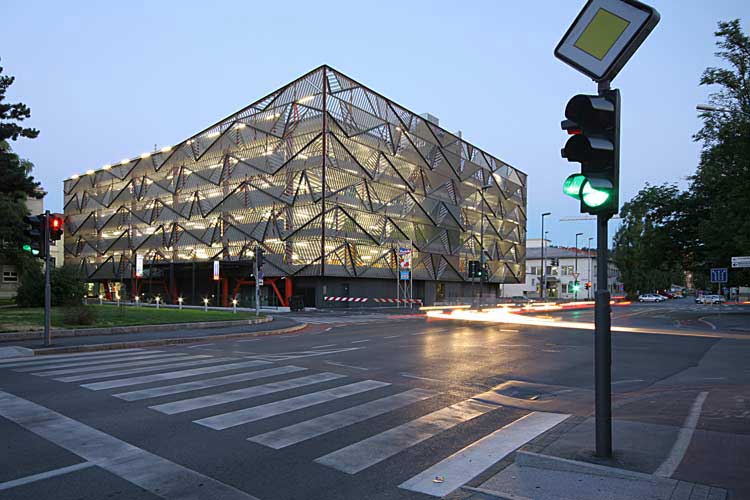 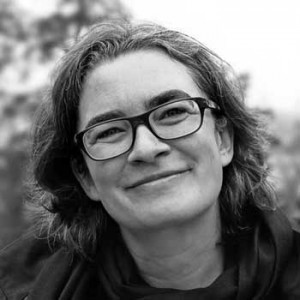 Antje Stokman is a landscape architect and professor of landscape planning and ecology. After graduation in 2000, she worked on several international projects with Rainer Schmidt Landschaftsarchitekten and has been a member of the German Chamber of Architects since 2004. In 2005, she became an Associate Professor of Ecosystem Design and Watershed Management at Hanover University as well as member of the STUDIO URBANE LANDSCHAFTEN, an interdisciplinary research, practice and teaching platform on the topic of urban landscapes. 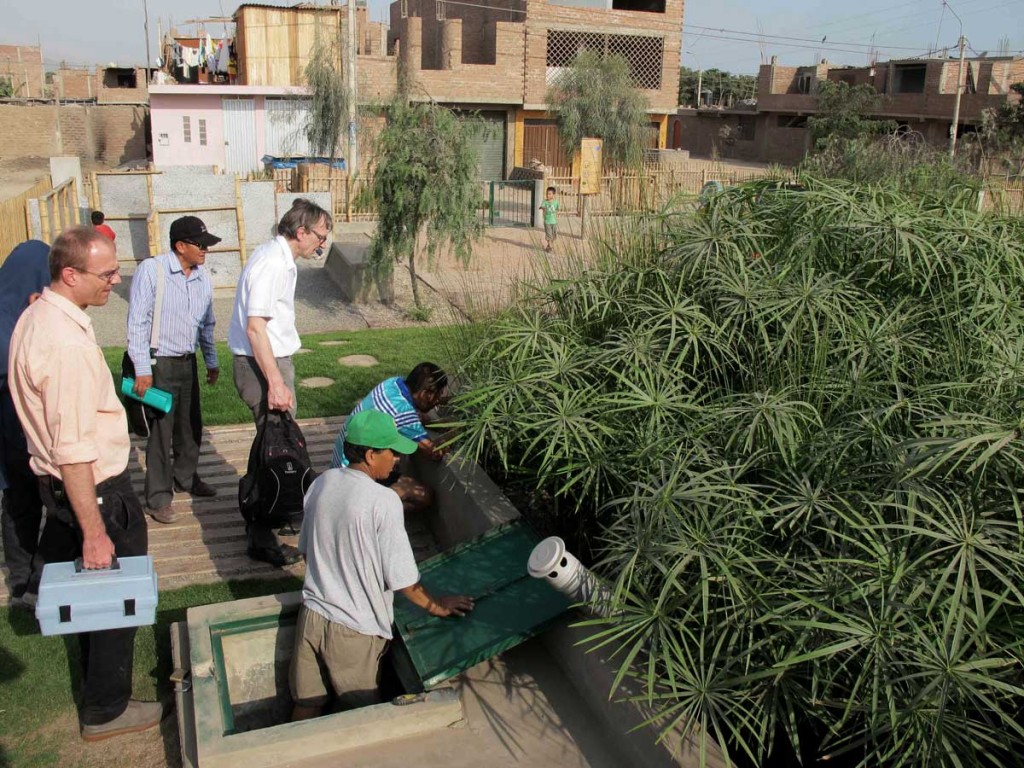 Since 2010, she is director of the Institute of Landscape Planning and Ecology at Stuttgart University and co-founder of the international Masters Programme “Integrated Urbanism and sustainable Design”. Her work focusses on strategies to develop infrastructural and ecological systems as a basis for sustainable urban form and design of urban landscapes. She was awarded the Topos Landscape Award in 2011 and the Lower Saxony Science Prize in 2009. She has been serving as a member of the German national advisory council on spatial planning from 2010-2014 and the sustainability council of the province Baden-Württemberg since 2012. 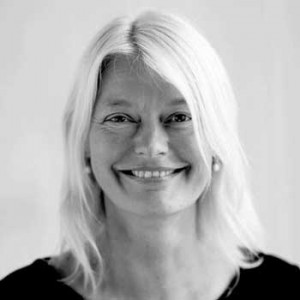 Snøhetta began as a collaborative architectural and landscape work­shop, and has remained true to its trans-disciplinary way of thinking since its inception. Today, Snøhetta has grown to become an internationally renowned practice of architecture, landscape architecture, interior architecture and brand design. Comprised of two main stu­dios, in Oslo, Norway and New York, USA, the practice currently has more than 180 employees from 30 different nations operating in 7 cities in 6 countries. A definite relationship between multiple disciplines is a driving force in all of Snøhetta’s work. This is demonstrated over the company’s long history that the disciplines of land­scape and architecture should be worked together without division from the earliest stages of designs.
Jenny B. Osuldsen, graduated with a Master’s degree in Landscape Architecture from the Norwegian University of Life Sciences in 1991 and has also studied landscape architecture and art at Cal Poly University Pomona, Los Angeles, USA. She has been working in Snøhetta since 1995 and is one of six partners in Snøhetta. She is a Professor and teaching landscape architecture at the Norwegian university of Life Sciences at Ås, and is also a AxJohnson Guest Professor at SUDes Masters Program in Sustainable Urban Design at the Lund University in Sweden. 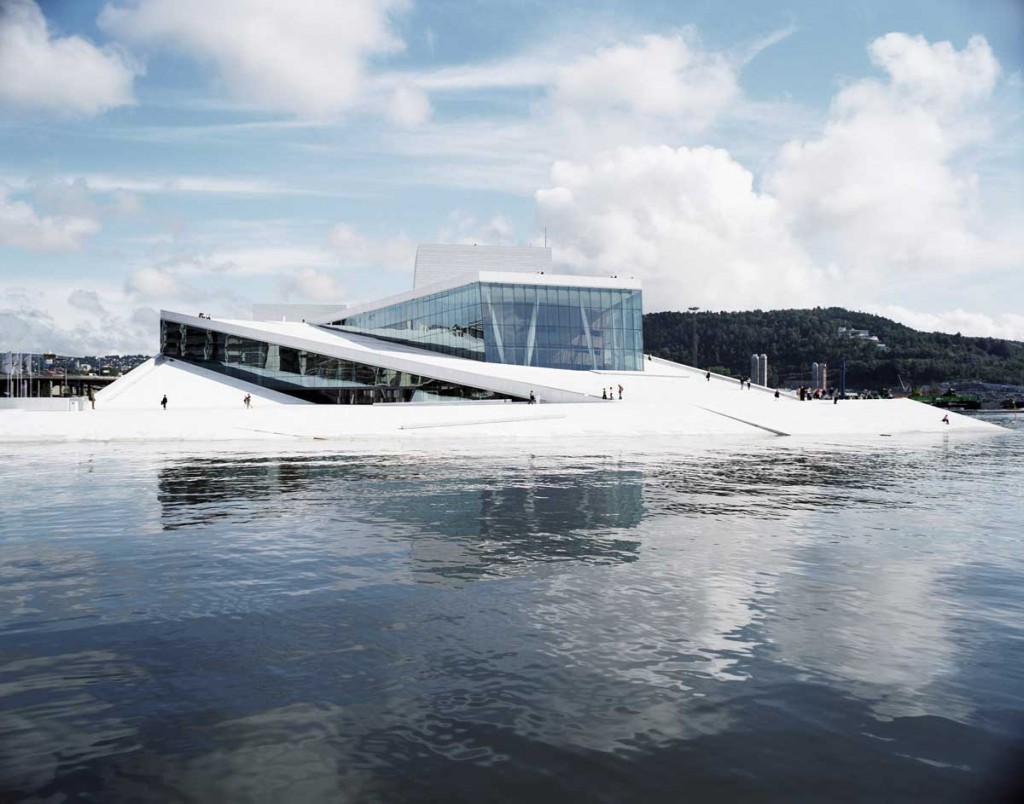 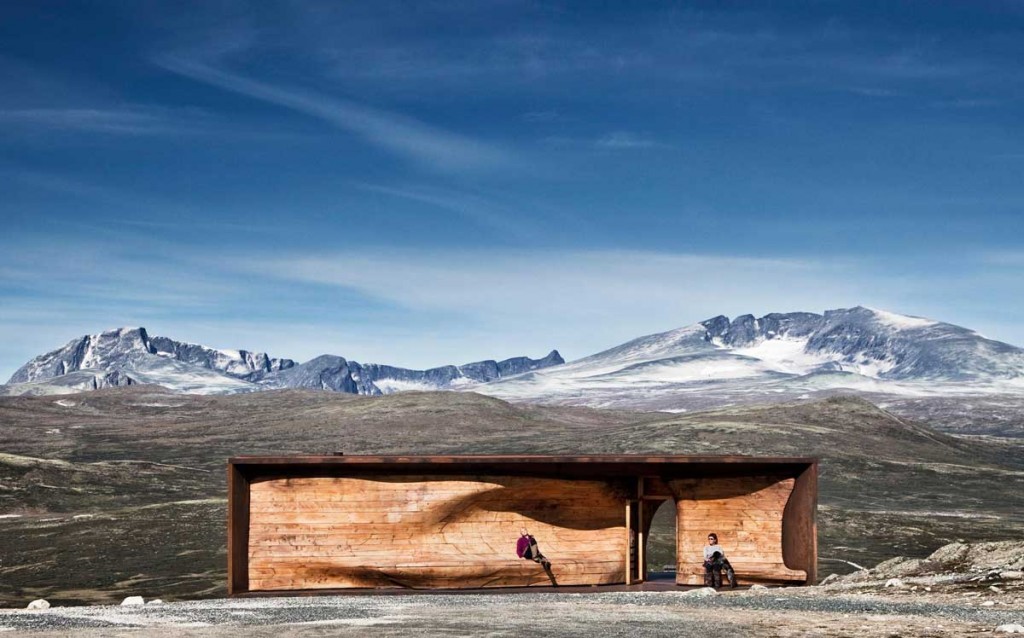 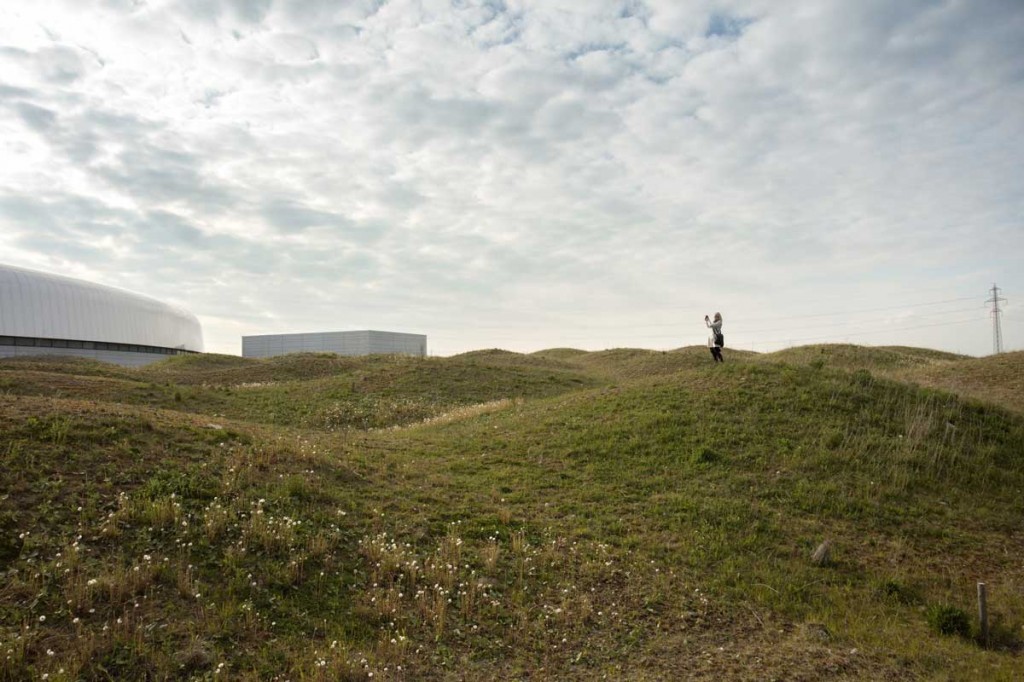 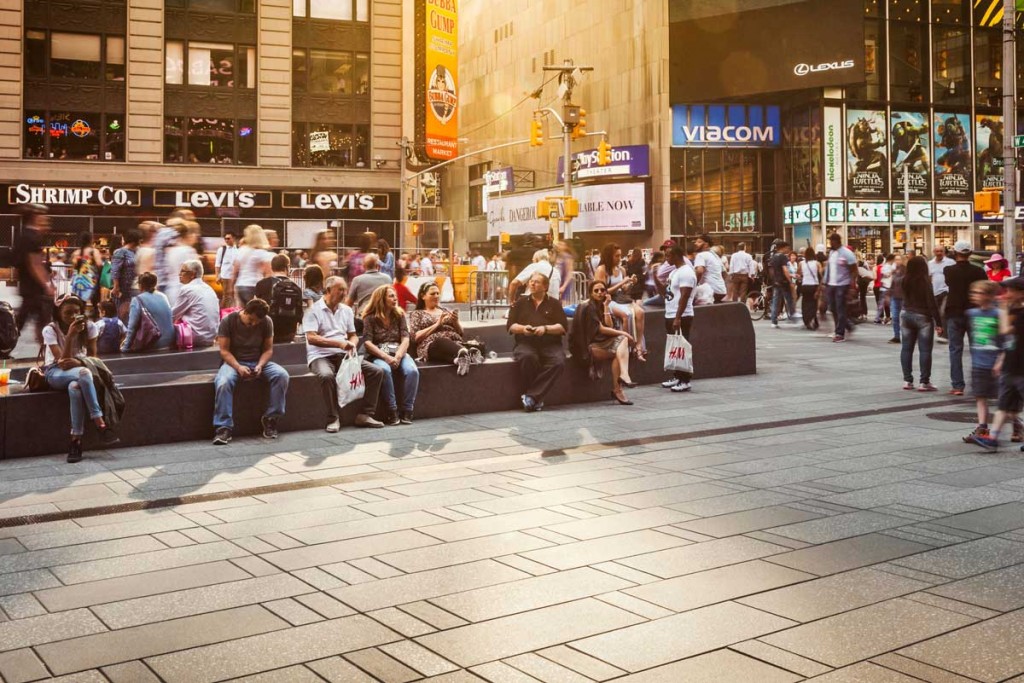 The first LANDEZINE LIVE will happen in our romantic hometown Ljubljana, Slovenia. The event will focus on exploring interdisciplinary approach to designing open space. Renowned speakers will present their works and participate in the discussion and LILA – Landezine International Landscape Award will be handed …