The Groundswell team is recognized for their ability to transform underutilized public spaces, into vibrantly activated, and often revenue producing social destinations. Projects range in scale from large public parks, to land art installations, to intimate gardens and cafes. The team moves from interior design to exterior landscape with ease, committed to creating a seamless connection between the two. Each project’s process is uniquely tailored to the site, client needs, and social influences; however, the goal is to consistently create a lifestyle and sense of place.

Groundswell’s approach to place-making is 100% holistic and hands on. Each project begins with inspiration, precedent study, and a conceptual plan, which serves as a guideline throughout. The process is entirely organic and unique in that each site evolves through adding and editing until just the right balance of hard and soft elements are established. The use of reclaimed materials and furniture makes each sourcing process unique as well, which is where much of the design aesthetic begins to fall into place. This multi dimensional team is not afraid to get their hands dirty, their “all hands on deck” approach enables them to gain a real feel for the space, its personality and intent. Groundswell’s goal is to capture the essence of the place, nurture it, and embellish it. 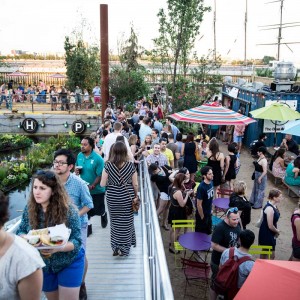 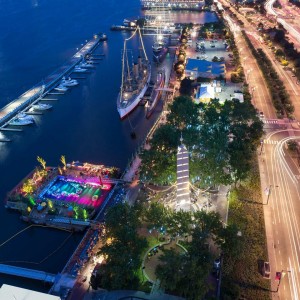 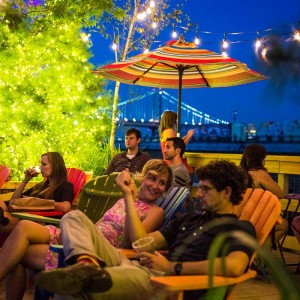 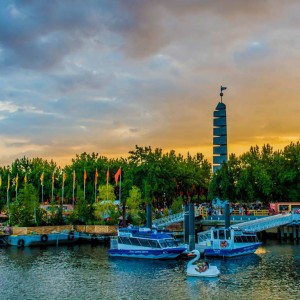 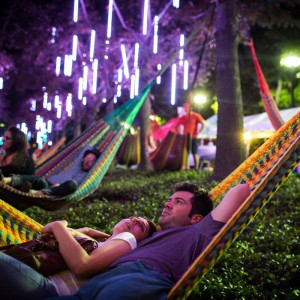 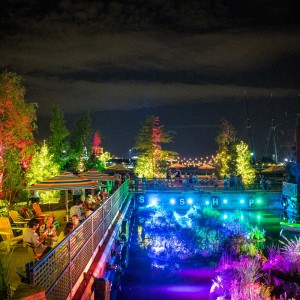 
Spruce Street Harbor Park is a true celebration of Philadelphia and the Delaware Riverfront. In 2014, the Delaware River Waterfront Corp commissioned Groundswell to design a temporary summer park on the Delaware River, which was received with rave reviews from the local community. Often noted as one of the country’s best urban beaches, Travel and Leisure ranked Spruce Street Harbor Park as one of the world’s best floating restaurants. The design, now in its third year, features floating river barges that extend into the harbor and cantilevered net lounges that suspend visitors over the water. A variety of food and beverage options provide something for everyone. Amid the bustle of the park, an array of LED lights and hammocks hang from the existing trees–an opportunity to stop and take it all in. 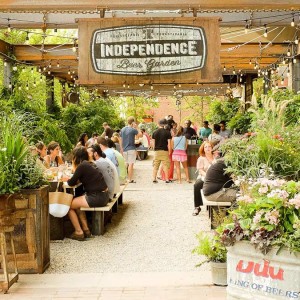 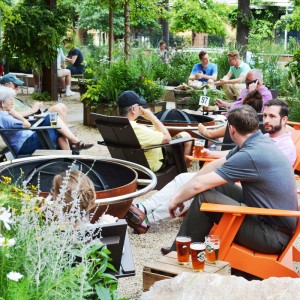 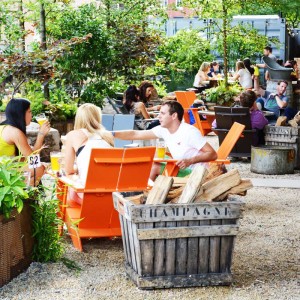 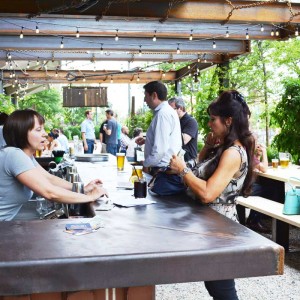 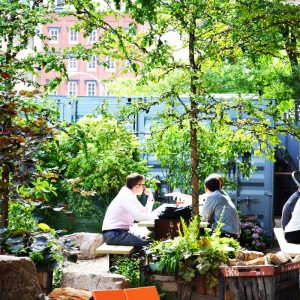 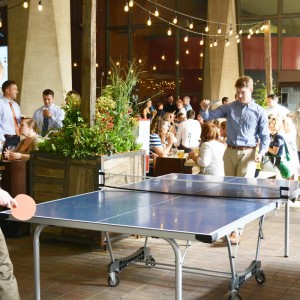 
Groundswell transformed what was a nondescript garden alongside the Dow Building’s 6th Street frontage for Philadelphia restaurateur, Michael Schulson, into a lively gathering place for the city. Heavy steel girders arose amidst shady trees, delicate flowers, and lush shrubbery, setting the atmosphere for this American style beer garden. But visitors don’t have to sit at the traditional long table to drink their beers—they can also relax in Adirondack chairs amid fire pits and table tennis in the distinct atmosphere of American summer. 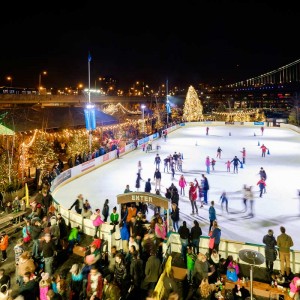 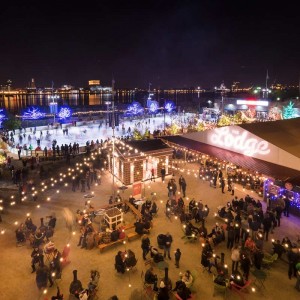 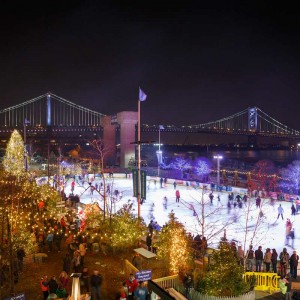 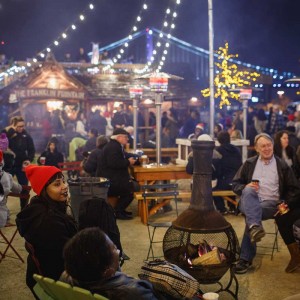 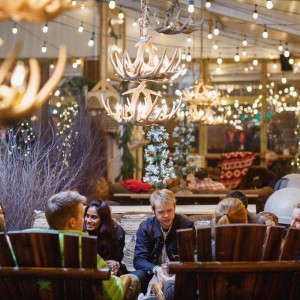 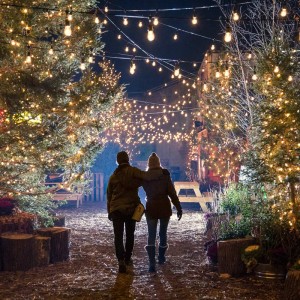 
With the creation of Winterfest at the Blue Cross RiverRink, Groundswell used innovative design to create a winter wonderland within Philadelphia’s urban fabric. This seasonal pop up, now in its fourth year, was commissioned by the Delaware River Waterfront Corporation to celebrate twenty years of ice skating on the Delaware River. Groundswell created a holiday village to surround the Blue Cross RiverRink, humming with winter activity. Repurposed shipping containers house retail shops, and visitors were welcomed to food, drink, and good cheer in a forest of pine, spruce, and holly. Glowing fire pits keep the cold at bay as strings of market lights twinkled in the dark winter sky. 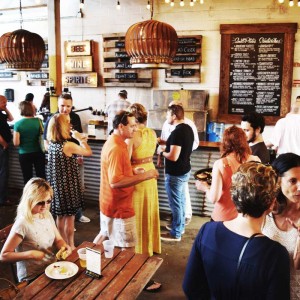 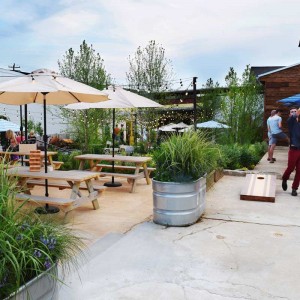 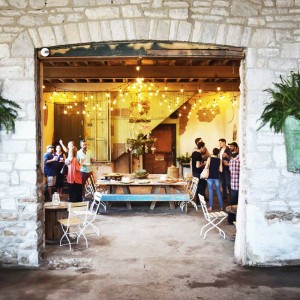 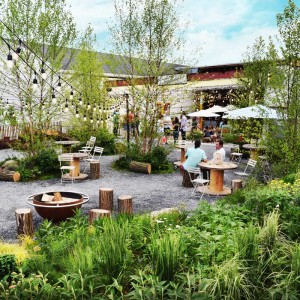 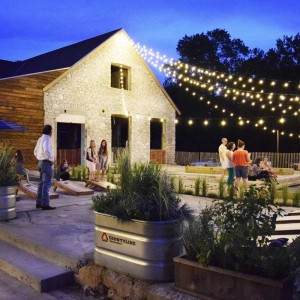 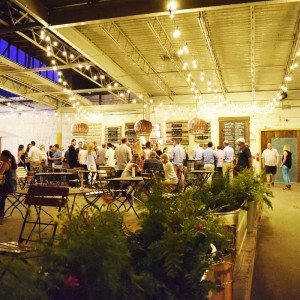 
In the spring of 2016, Groundswell was asked to create a unique community gathering space in a disused milk processing facility in Kennett Square, PA. Inspired by the building’s unique original architecture and utilizing open roof areas, Groundswell created a lush and multi-dimensional space that embraced the history of the Creamery building, as well as the craftsmanship of the area’s local artisans. Complete with a open air beer garden, private event space, children’s play and lawn games area, as well as a rotating display of art from local artists, The Creamery has something for everyone. 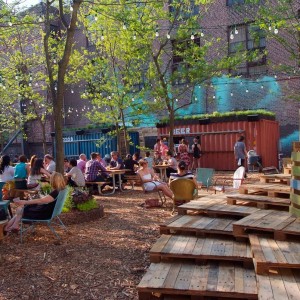 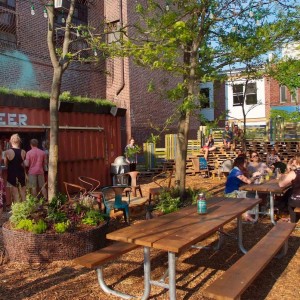 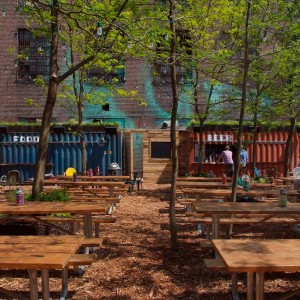 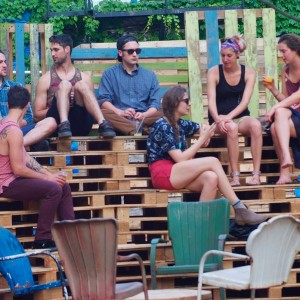 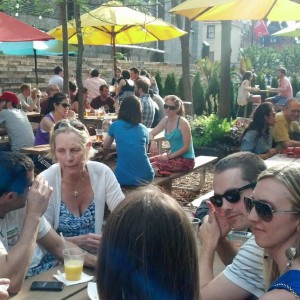 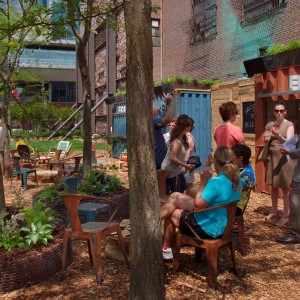 
In the hands of Groundswell, a vacant lot in Philadelphia’s city center became a vibrant community space. Instead of the odd bits of urban detritus, this Broad Street lot now brims with people. They come for the food and beverages served from retrofitted steel shipping containers. Surrounded by hundreds of native perennials, visitors can sit in vintage metal chairs, or on a sculptural seating wall constructed from shipping pallets. During the day, the area is shaded by over a dozen mature, leafy Locust trees and colorful umbrellas. At night, strings of market lights glow overhead—assuring the fun continues.
Landscape Architects + Philadelphia