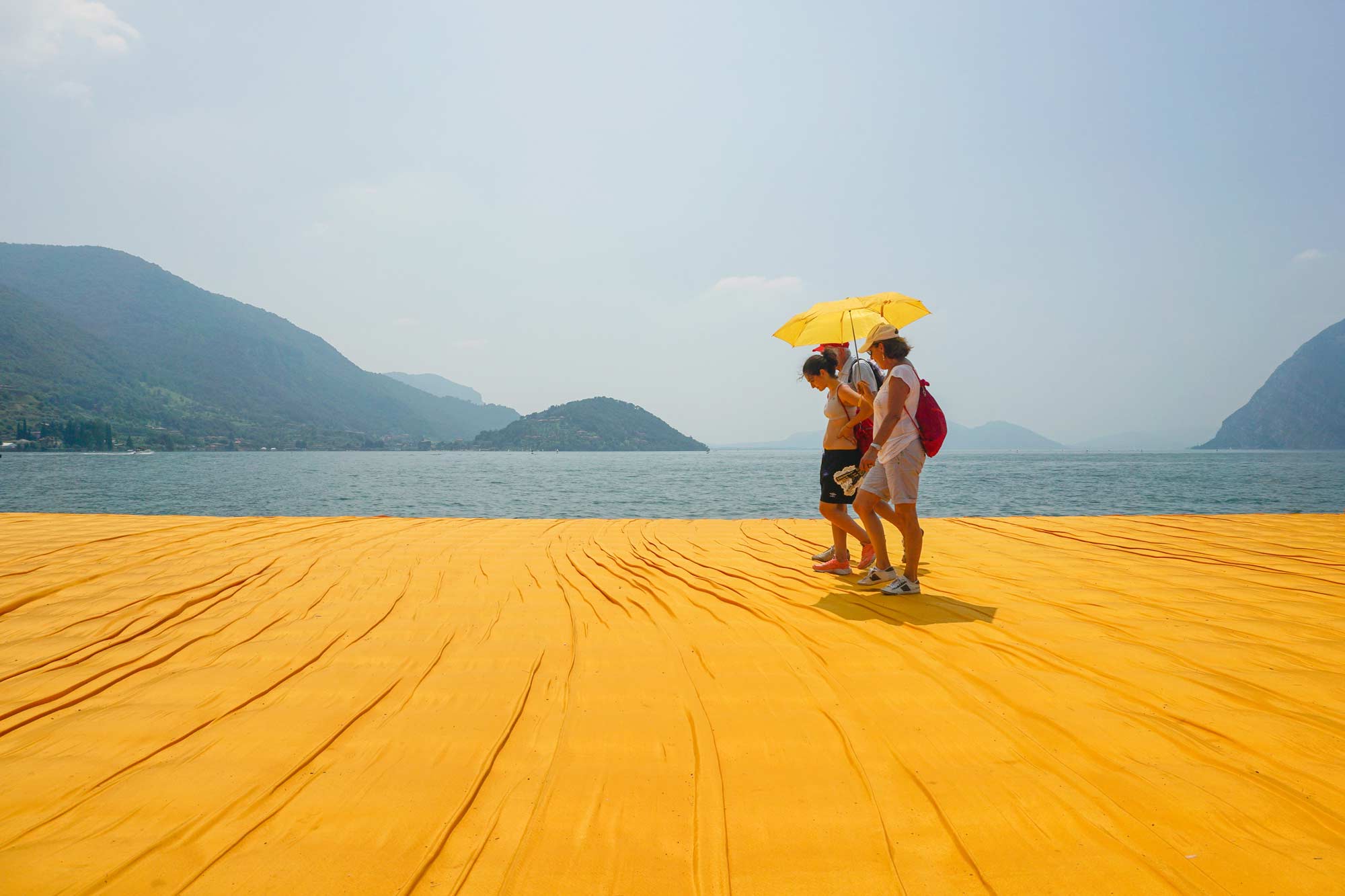 Christo’s sketches of the Floating Piers of Lake Iseo show shimmering orange paths, glowing in different nuances of yellow, orange and red. One can already see in these drawings the folds in the fabric which will eventually emerge from the interaction between the site and its visitors. Those sketches went around the world before the opening of the first installation and after the death in 2009 of his artistic partner and wife Jeanne-Claude. This was Christos’ first major project without Jeanne Claude, their last collaboration being The Gates (2005).

The reality of the opening day, June 18th, demonstrated the great experience of the 81 year old artist. The completed piers over Lake Iseo in Northern Italy were an almost 1:1 image of the sketches. The three-kilometres long walkway, with another 2.5 kilometers of orange covered pedestrian streets in Sulzano and Peschiera Maraglio at the Monte Isola, appeared to be direct copies of the original drawings. 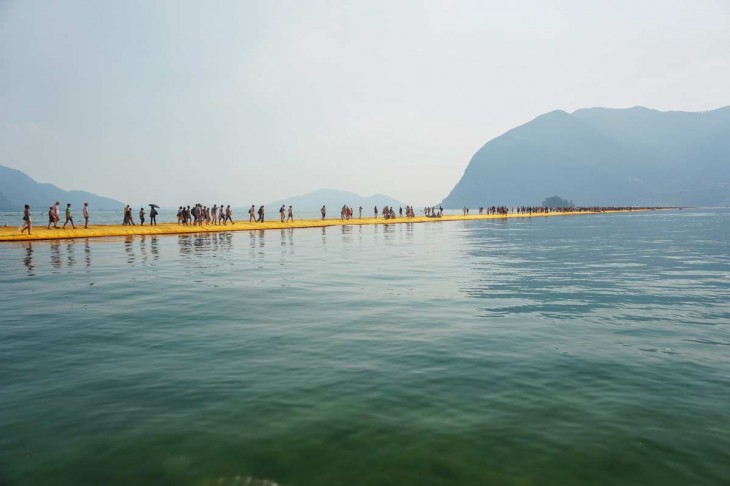 Christo & Jeanne-Claude had the idea for the Floating Piers in the 70ies. Christo found ”Lake Iseo to be the most inspiring location to realize this project.“ Compared to their previous projects, The Floating Piers unfolded at high speed: the community of Sulzano agreed immediately to be part of the installation. It took only two years to realize the idea. In contrast, The Wrapped Reichstag (1995) in Berlin needed 23 years of persistent negotiation , whereas the Gates (2005) in New York’s Central Park, took 26 years. At Lake Iseo, it seems likely that the family Beretta, the owners of the arms factory of the same name, helped. Their Sommersitz was part of the installation, surrounded by piers, and their support probably contributed to the more immediate realization of the project.

Not everyone agreed: on the first Saturday after the opening, activists blocked the railway line from Brescia to Sulzano. But this was only a footnote in the traffic chaos that was caused by the tens of thousands of visitors who came to see The Floating Piers each day until July 3rd. 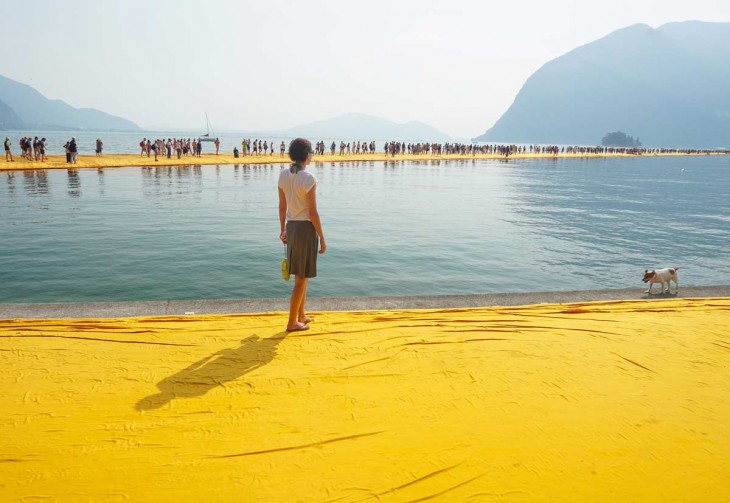 There was a crucial difference between this project and previous projects from the artist couple: this was something haptic.With their previous installations, spectators could both view and admire. But this time they were part of the work, invited to enter it. Christo recommended spectators to walk barefoot: to feel the nylon fabric that was laid over the 220,000 high density polyethylene cubes which divers had fixed on the lake’s ground. He promised accessibility 24 hours a day: “There are no tickets, no openings, no reservations and no owners. The Floating Piers are an extension of the street and belong to everyone.” In the end, he could not uphold the promise of 24 hour accessibility due to cleaning needs. Nevertheless, one of the most impressive aspects of the project is its peaceful atmosphere. Despite the masses of visitors entering the piers each day – there were almost 1.3 million people walking on the piers during the 16 days of opening – a bright, happy mood remained present.

More than 40 years ago artist Christo developped the idea for the Floating Piers. After he found Lago d’Iseo in Northern Italy being the perfect place for this work, it went quick. More than 1.3 Million people had a striking haptic and visual experience walking on the orange Nylon tissue across the lake.