LDA Design:  Jubilee Square is a dynamic new piece of public realm which has succeeded in re-connecting the heart of the city of Leicester to its heritage. Jubilee Square has been created on the site of a car park. In the early 1970’s, a new inner ring road and the construction of St Nicholas Circle destroyed the medieval urban grain of St Nicholas Place, turning it into a peripheral space, and isolated the river and castle area from the city centre. Jubilee Square has been designed to reinstate a critically important gateway into the city and transform connectivity: it restitches together some fine historic assets including the Cathedral, Castle Gardens, the Jewry Wall and St Nicholas Church. The investment is part of a mayoral initiative to create a high quality built environment for the economic and social benefits it brings. Jubilee Square has transformed access to the modern Highcross shopping centre, De Montfort University and the waterside area. 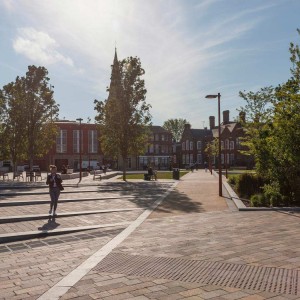 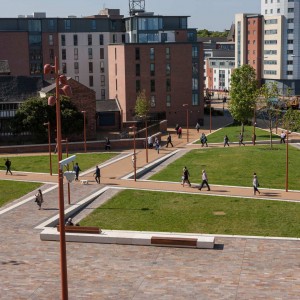 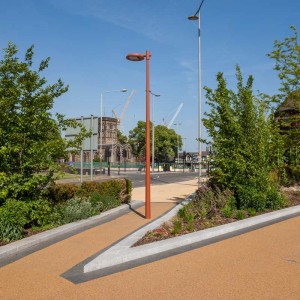 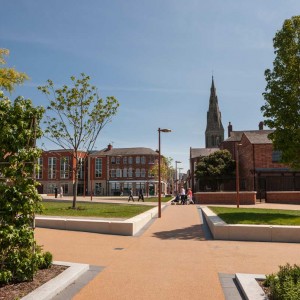 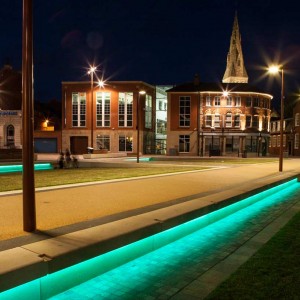 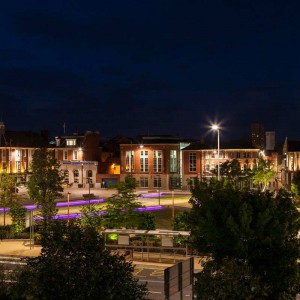 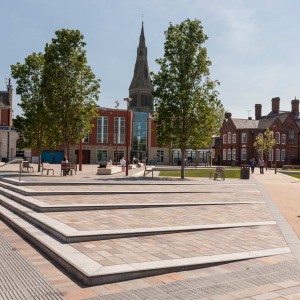 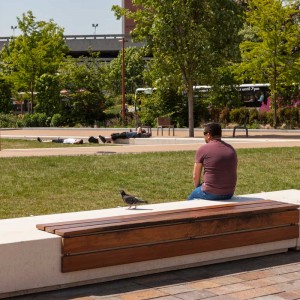 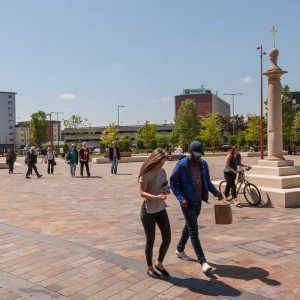 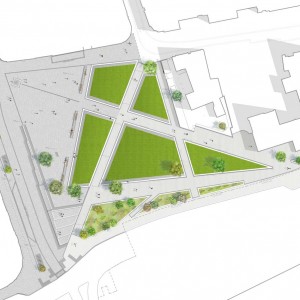 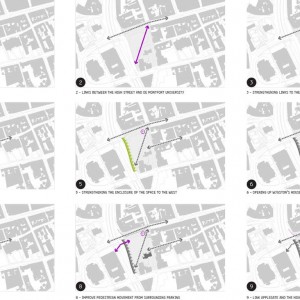 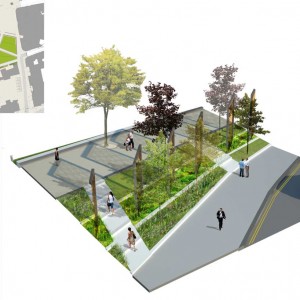 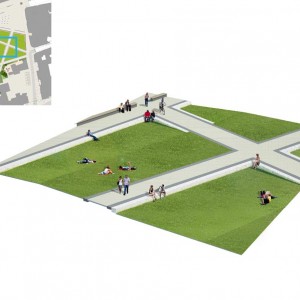 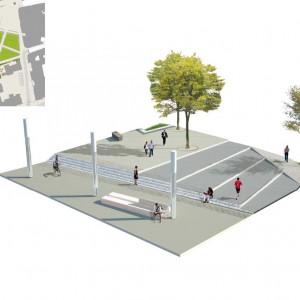 Jubilee Square is also designed to be a new destination in its own right, for recreation and relaxation. The scale of the space, the anticipated footfall, and need for flexibility of use all pointed the design team towards a hybrid hard and soft space, with large lawns and a paved area. Key pedestrian desire lines and visual axes were mapped. The route between the Cathedral and St Nicholas Church, a diagonal line across the space, defines a paved area to the north relating to the High Street, and a green lawned area to the south. A second diagonal route reinforces links between the High Street in the city centre and the University and the Magazine Gateway area. New routes also ease the connection to bus stops and and the multi-storey car park.

Site levels were built up at the highest point to help screen the traffic on St Nicholas Circle and to create a hard paved space edged by a flight of shallow steps tapering into the natural slope. The levels falling across the lawned area to the southern and western edges add to the sense of dynamism. The northern part of the square is paved in Porphyry, with the relocated High Cross pillar as a new focus. Vehicular access to Highcross Street is provided as a shared surface, defined by coordinated street furniture on either side. Three long south-facing communal bench seats have sunny views over lawned and paved areas. To the south, Wygston’s House, Leicester’s oldest timber-framed building now belongs to the public realm, with new railings and low planting replacing a wall.

All projects by LDA Design on Landezine 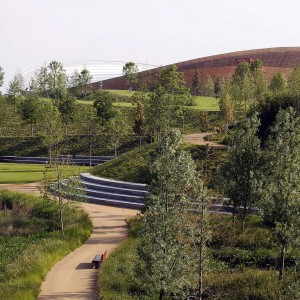 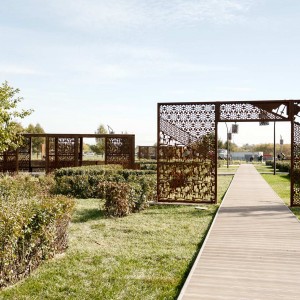 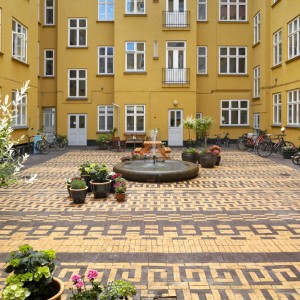 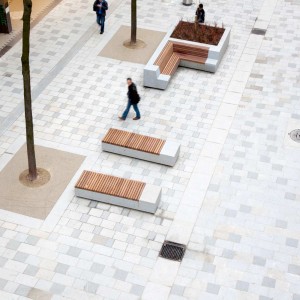 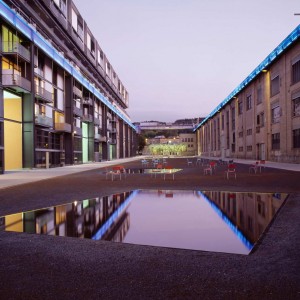