Nember square looks with formal and functional features not proper to a public space usable as “square”; its own features come up from the arrangement of the spaces dedicated to the infrastructure. Verdi Str.-Dei Mille Str. cross and the orthogonal way (Vespucci str.) area is resolved with a traffic circle with a central green space (646.29 sm.) with no specific landscape design. There are just some Quercus Ilex and Acer Pseudoplatanus next to a not valuable sidewalk 2,5 m wide. In two long ways this circular path is characterized by a system of columns that prop up a lamellar wood structure shaping the skeleton of a bower way, by a poor lighting system and by a very low system of street furniture (park-benches and garbage-cans). The sidewalks along the commercial activities and hotels facing the square are made of poor materials and were in an urban blight state; they were all solutions, which denounced the degradation of the central space to a residual space. We underline, moreover, how the section of road was wide (about 12.20 m), a solution now unnecessary because the track road has been changed into a one-way road, for that reason the road section has become overstated. 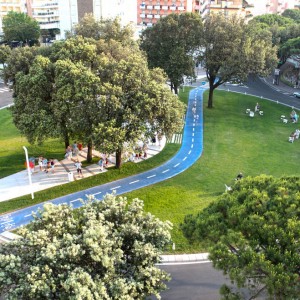 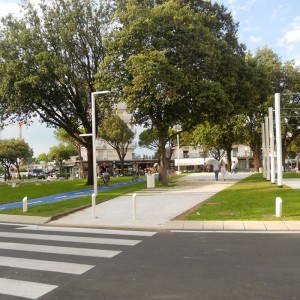 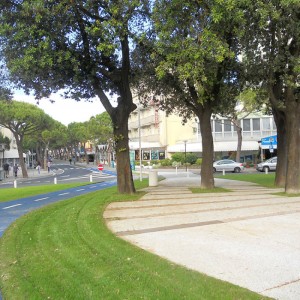 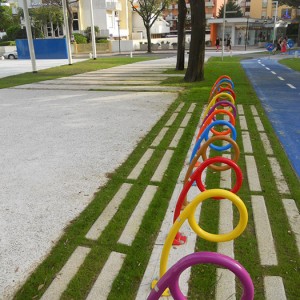 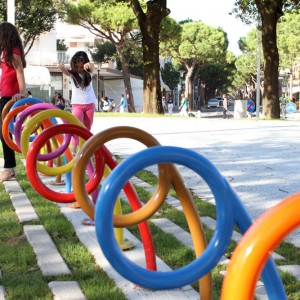 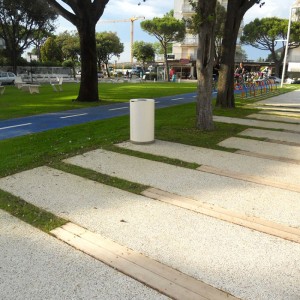 The task provides a requalification of Nember square in Jesolo Lido, with the intention of giving roominess and a functional organization more in accordance with a square, that is the possibility of drawing a quality ambit where the user citizen can find places to have a rest, to meet people, to walk around and to organize public events. At the same time the task goal deals with the connection, both in a visual and functional way, of the two streets (Mille Str. and Verdi Str.) which looked perceptively “far” one from the other, it was made with a walking and cycling linkage. The project moved from these presuppositions and from the very low available funds, in order to maintain and to extend the green space as “green-square” and to reduce at a functional minimum driveway space placed in traffic circle, yet keeping the existential state of roads.

The project based on the revitalization of the residual central space in the traffic circle as a space for pedestrians, for a real use in order to have an identification of a place that in the common imagination has always been defined “square”. The main action promotes the reduction of the space dedicated to cars in favor of pedestrian space among three basic actions:
· Enlargement of pedestrian area;
· Connection between new central space, like a park, and pedestrian area along shopping strip, creating a visible continuity;
· Reduction of road section depending on the real driveway needs and reorganization of parking lots.

The project solution is developed around the main elements of the green area, which characterizes the existing traffic circle. In particular, the existing trees became the main references for projecting the crossing-path in the square. The project kept the two “Quercus ilex” groups, characterized by high quality frond, on the other hand the maples and a holm-oak have been cut down, because of their illness. To remind the “naturalistic” aspect of the project, a slight asymmetrical treatment of the ground was adopted, achieving the realization of the pedestrian and cycle crossing-path without arming the roots of the existing plants, taking the ground from plain to a slight slope (2,5-4 %) to a maximum height of +80 cm on the edge. The walking crossing-path is made with the well-known washed-gravel technique used for parks and gardens, using a mixture of white concrete and again white little sized aggregate. The paving next to plants and trees has been made with attention to details, leaving a reasonable distance from the arboreal elements. In the project design, we chose to have the pedestrian crossing-path passing through the groups of “Quercus ilex”, in order to let the passer-by perceive the aesthetic quality, such as displaying a functional alteration of the scale; from the commercial longitude of the strip, to the shadowed circularity of a stop point. A blue asphalt (blue like the sea) two-way cycle path runs now parallel to the walking path.

The green area is now equipped with some single-seater, placed as clusters, creating some micro settings. According to the ready made principle, the wooden board has been replaced, leaning it against a zinc-coated iron structure, removable for any eventual purposes. The green-square context has been set in safety, as regards the perimeter roads, with a road dissuasive system. From the former road, the roadway has been reduced to minimal dimension provided for highway code and asphalted with a sowing of white limestone. This solution aims to stress differences from the asphalt in Dei Mille str. and Verdi str., displaying much better the characteristic of this public space and the predominance of pedestrians on cars. in order to make easy the accessibility handling for bigger means the project provides an augmentation of the degree of bending, both in traffic circle entry and exit. All the horizontal and vertical street signals have been changed too.

The illumination system is arranged by four main elements. Roadways: former illuminating devices have been preserved. Walking and cycling track: five punctual of double height elements have been placed to light up the two tracks at the same time. Green areas lighting system focuses only on the single-seater places, to assure an environmental illumination; the stage lighting system: defined by a white rood-lighting device.

The sitting system is organised in clusters in different contexts and different densities. All the white chairs are single-seater and equally divided into backrests and chair-blenches, made in zinc plated steel. The idea is offering the users the possibility of choice of the most comfortable chair and the most suitable position according to their demand: in group or more isolated, in the shadow or in a sunny place. Parking area for bicycles has also been added, thinking to a future recreational use of the square (for that reason this urban fabric is colourful). 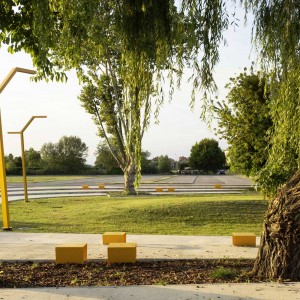 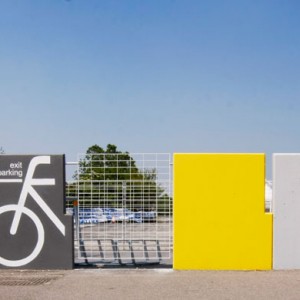 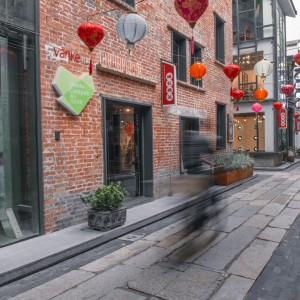 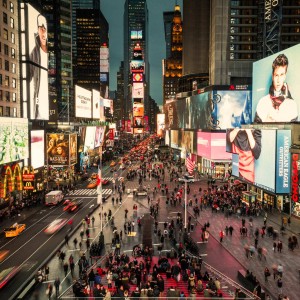 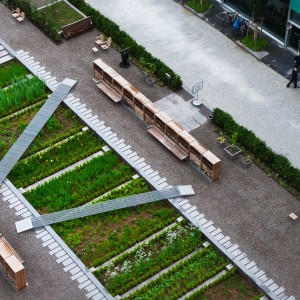 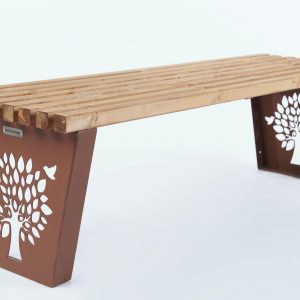 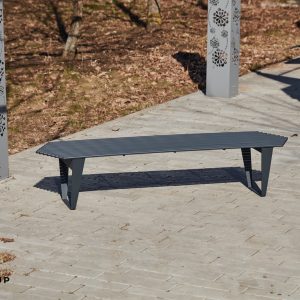 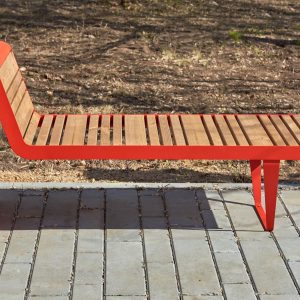