LAOS Landschapsarchitectuur: The Euroborg, Groningen’s new football stadium, is a part of a new urban district in the South-east of the city. The outdoor space of the stadium forms part of the centre of the district, which is made up of the ‘Leisure Centre Euroborg’ with a cinema, a health club, two schools for vocational education, offices, catering businesses and a supermarket. The space around the Euroborg football stadium in Groningen was designed for two very different purposes. At the weekend, the area enables thousands of football fans to enter and exit the stadium in a short time, in an effective and orderly manner. During the week, it is a pleasant leisure area in front of the diverse shops, companies and organizations that occupy the stadium construction and the surroundings. 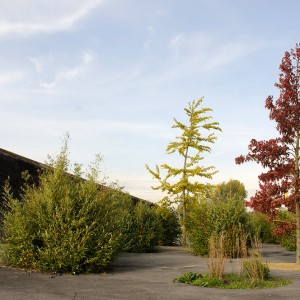 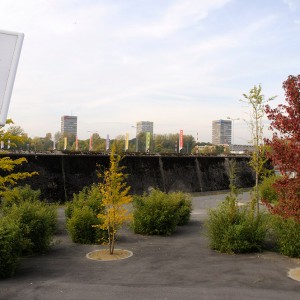 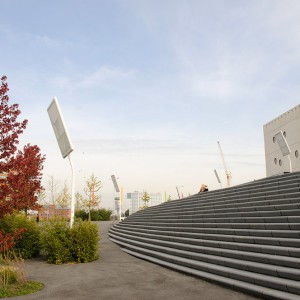 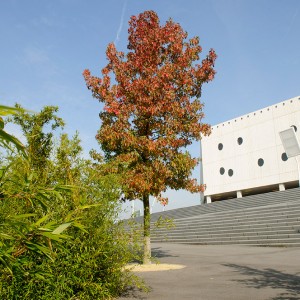 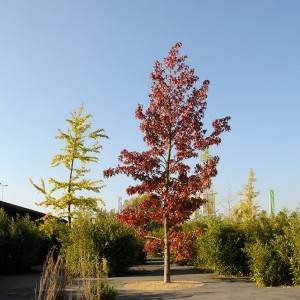 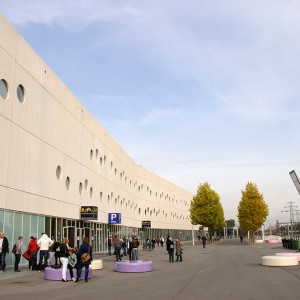 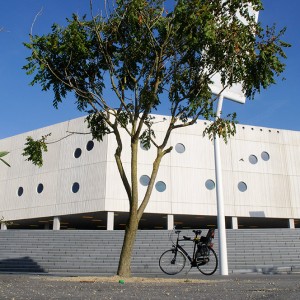 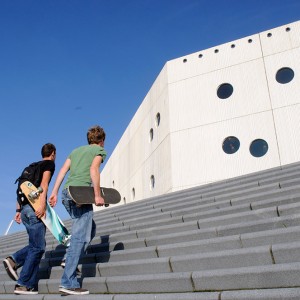 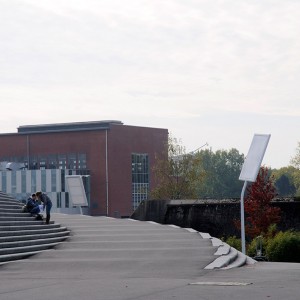 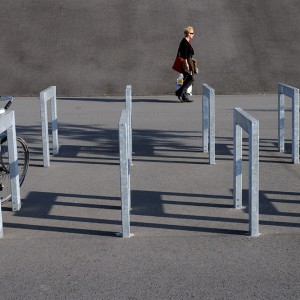 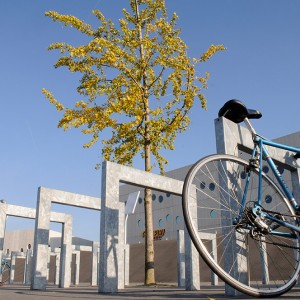 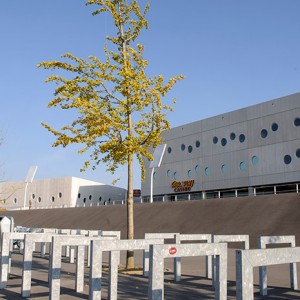 In order to combine these two types of use, an open, easily accessible terrain was envisaged that consistently emphasized the exceptional qualities of the area through simple interventions in the spatial structure, making use of the leads that the environment offers. The area is surfaced with asphalt containing a light glitter. A circular pattern has been incorporated into the asphalt to echo the circles in the façade of the stadium. Exceptional sorts of trees and plants, as well as robust, specially designed furniture give the area its own individual atmosphere.

The stadium stands on a ‘wierde’ (an artificial mound): a large sit-stairway makes use of the height difference and provides a view out across the Winschoterdiep canal and the city. In the summer, people can enjoy the sunset until deep into the evening. The greenery has been selected carefully and links up with the exotic character of the complex. The plants used include Ginkgo, Liquidambar and Koelreuteria. In addition different kinds of bamboo have been used in various tints, so that the ensemble displays a magnificent colour scheme in spring and autumn alike. To bring out the contrast with the asphalt, the tree levels, the stairway have been realized in natural stone. 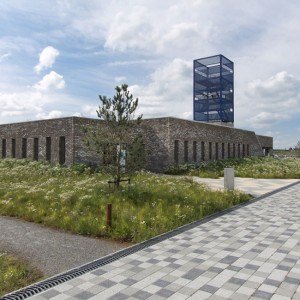 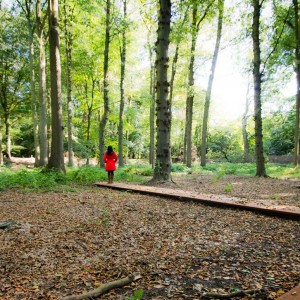 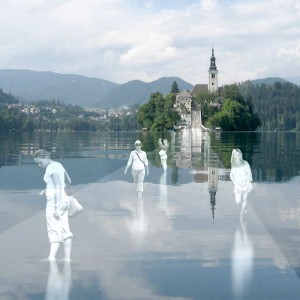 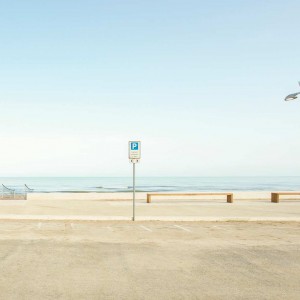 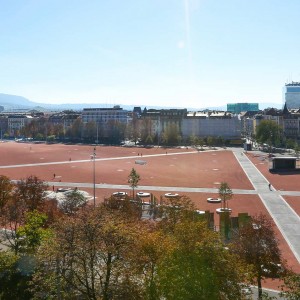