Charles Anderson |  Atelier ps: The Gardens of the Olympic Sculpture Park are the clothes that dress a 9‐acre brownfield site on an abandoned fuel storage facility on Seattle’s waterfront. Sitting on 200,000 cubic yards of excavation material and salvaged old growth topsoil, six garden precincts use over 85,000 transplanted native plants to represent the prototypical landscapes of the Pacific Northwest and create a ‘mountains to sound’ narrative. The Greensward acts as the connective tissue for the gardens. It reinforces a reverse Z-­shaped path linking all of the sculpture settings of the park and connects urban Seattle with the vast landscape of the Olympic Mountains and Puget Sound. Starting at the park’s pavilion and ending at the lawns of the neighboring Myrtle Edwards Park, the materials of this park-­‐like linear garden are archetypal lawn and shade trees. 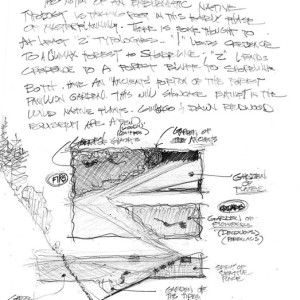 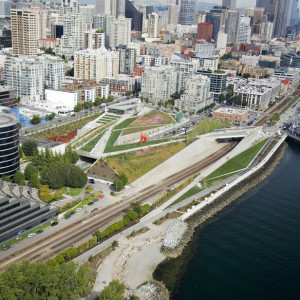 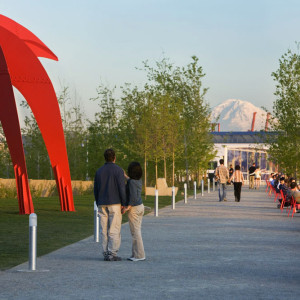 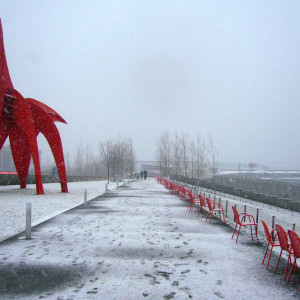 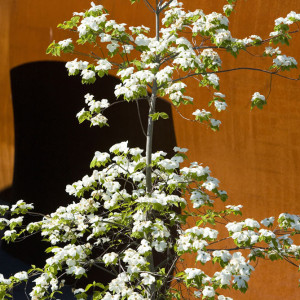 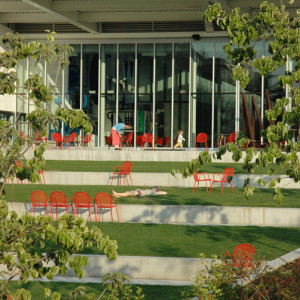 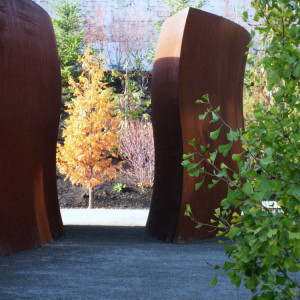 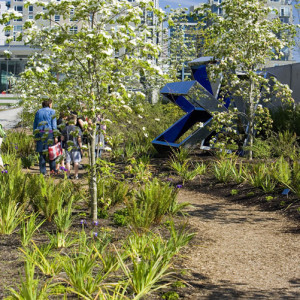 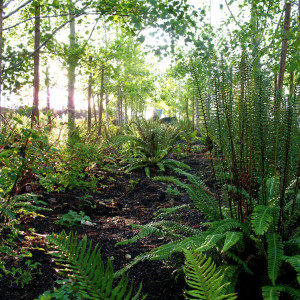 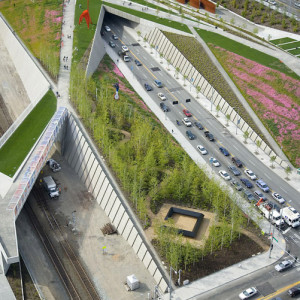 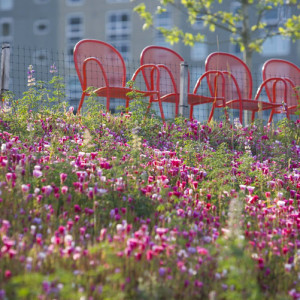 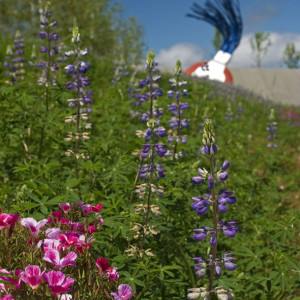 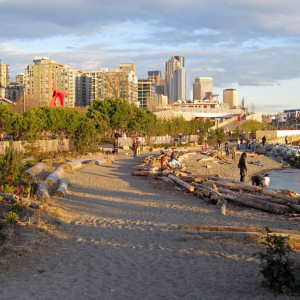 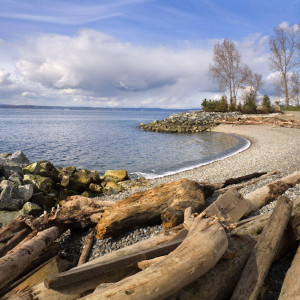 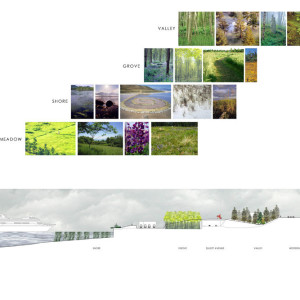 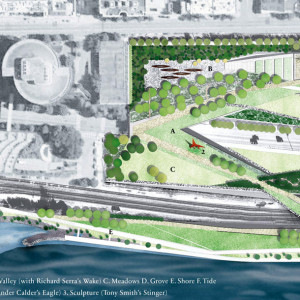 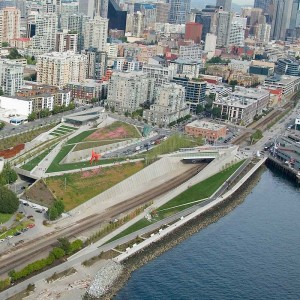 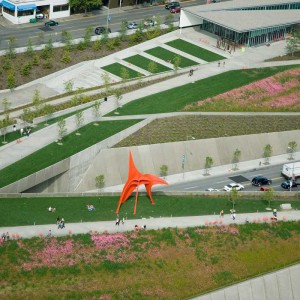 The Valley garden represents the forests of the region segmented into three sub-­gardens: the evergreen canopy, the forest edge, and the ancients. Evergreen conifers represent the region’s dominant landscape; while along the western slope of the valley, deciduous shrubs and dogwoods represent the everchanging landscapes at the disturbed edges of forests and rivers. Ginkgo and dawn redwood trees emerge from the valley’s gravel floor as a group of “living fossils,” dating in the area from over 200 million years ago. Deliberately ordered, the aspen trees in the Grove challenge our expectations of garden structure. Over time, the aspens will send suckers up between the evergreen ferns and mosses to blur the original tree rows, revealing a dynamic landscape. A sinuous bark path through the Grove softens the sounds of footsteps to inform visitors that they have entered a distinct garden. Three independent meadows dress the upper slopes of the park. They feature all native grasses, wildflowers, and trees known to colonize the rare meadow landscape of our region. The Meadows easily accommodate change, including future earthworks and installations. Through succession, the meadows have already transitioned from spring wildflowers to grasses waving in the breeze. The Shore garden is the plant community of the protected cove shoreline and an adjacent wedge-­‐shaped drainage swale, lined in concrete and covered in native topsoil. The latter serves as a perched water table that supports the park’s sole freshwater wetland plant community.

Organic matter from this garden flows into Puget Sound to nourish young salmon making their way to the Pacific Ocean. The saltwater environment of the Tides features intertidal plants and animals revealed and concealed by the changing tides. The protected cove is the only place in downtown Seattle where people can touch saltwater and is now a thriving marine habitat. These gardens represent a paradigm shift to a less resource-­intensive and more habitat-­friendly landscape without giving up the elegance and simplicity of contemporary garden design. The park and its gardens are a dynamic landscape that inspires artists and curators. Richard Serra summed it up best when he said, “This place has the possibility of making sculpture an issue. I couldn’t be more happy, not only for myself, but for sculpture.” 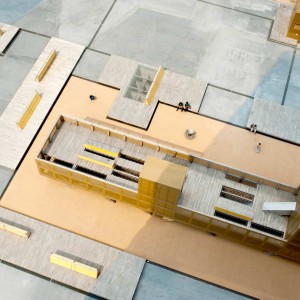 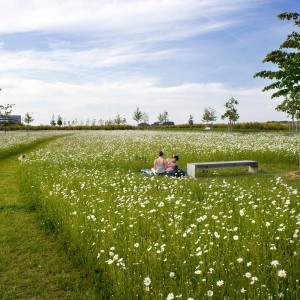 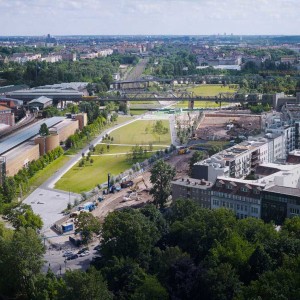