It was the first week of April in 2009, the journal EL PAÍS had a strange headline: “The capitalism has become a corpse”, it was Santiago Niño Becerra, IQS’s Professor, in this interview “The prophet of the crisis” analyzed the lowest situation of our country. This text and the cold morning generated to me a lot of uncertainty, the Zaidín too, the neighborhood of Granada where we had the agency: a lot of bricks, colors and carpentries build this popular environment of the city, (I put my desk in the only place from which I could see the sky). Shortly, I received Dani’s call, he before had charged us a nice pavilion, we had done the Project of Execution, but we had not certainly money to carry out it: in this moment the only way to attenuate the crisis was by Public Work, et voilà!, PLAN E and PROTEJA PLAN (Transition of Employment Program of the Junta de Andalucía), a total of 3000 million of euros by the Government and 600 by the Regional Government were going to support temporarily the families that lived of the construction business, Architects we were not included in this Plans, it was a question of a Budget dedicated to realize works that already were drawn, this question make the work more complex still.

Daniel Chávez offered us everything what had in his hand, projects with many creativity and little money, a not agreeable effort for many in this situation: normally all the urbanizations in the Spain crisis were executed with simple paves, in ways difficultly justifiable to aesthetic level. For us, the things were more complicated economically, that is to say, a lower division: C-O-N-C-R-E-T-E, there are thousands of ways to execute the concrete, but we know commonly three, or four!

Lorca’s square was done with concrete, also this concrete had to have some exemplary qualities, to extend it in all the city, a filtering concrete like a membrane, in addition, the minimum concrete, some lights, banks and landscaped areas complete the realization. We discovered a blue additive that was very much successful in the beginning, “Blue Klein “, (the color that crosses Morocco and it represents the Sky in the African cities).at the end the additive was very expensive, ultimately we decide to choose the proportion that arrived approximately to 115 Euros, that is to say, 11,5 Euros m2, the rest up to 27 of workforce, up to 55 Euros was destined to some lights, lawn, banks, and one folie, the salt of the project: the sculpture that was of glass, and finally it ended to be a humble curve sheet with some inscriptions, in black and white, for the children of the city of Salobreña, a “disco for kids”, a hiding place to the exit of the college, a place in which to protect it self in the middle of the city, as the huts in the field, this first space that the children can feel his; in the piece and in how they live it, this character is perceived. For the rest it’s a surprising element, abstract, destabilizing, inexplicably… namely…

*1 LOW-TECH: Rudy Rucciotti uses this concept to define socially the role of the architect in the sustainable form to distribute the Budget destined for the construction. Thanks, Rudy.
*2 Daniel Chávez Romero: Licensed in Environmental Sciences and Chief of the Area of Environment of Salobreña’s Municipality.Thanks, Dani.

All projects by Jesús Torres García on Landezine 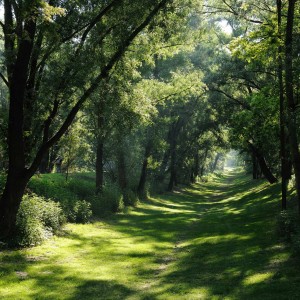 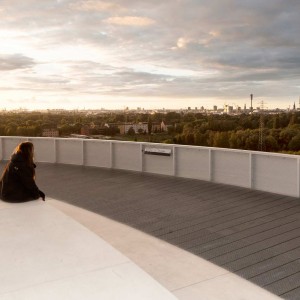 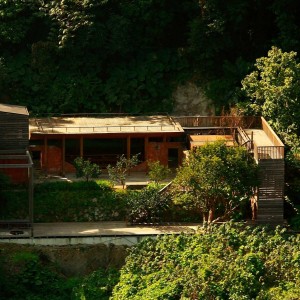